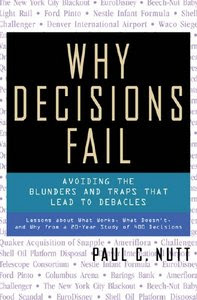 Three weeks ago, a reporter from The Washington Post contacted my Meeting. It was his intention to offer us an opportunity to participate in a religion project that would feature the contributions of many religious/faith groups across the city. Believing this to be an excellent opportunity to share our Light with the world, to say nothing of the Metro area, I expressed my interest to the reporter. He was forthright with me over the phone and I was also equally forthright with him. It was then time for me to present the proposal by e-mail to other members of my committee, then to formally make my pitch.

I never thought this proposal would cause as much pushback as it has. The first section of the project has been received with much reservation and dissent. Each week, a particular question would be asked of all the groups who have agreed to take part. Readers might then survey a wide variety of different points of view that cut across multiple religious divides. Some of these questions might pertain well to us, and those that would not we are under no obligation to answer. (For example, I doubt Friends have a compelling answer about homeschooling)

The issue at the heart of this dissension is that a vocal minority of Quakers don't want to seem as though they could be perceived to somehow speak for the other Monthly Meetings in the DC metro area. It is true that one cannot say that Quakers believe ____________. No litmus test or "line" defines individual Truth. We are to speak to our own condition. They are trying to protect me, they say, from a huge raging controversy. It is true that Friends have been known to get their knickers in a twist about such matters, or problems far less "controversial", but this seems excessive to me. Other Friends I have consulted share my same views.

Two Friends in particular are very suspicious of reporters and believe that any answers we provide will be re-edited or presented in such a way that is not in keeping with their original intent. I'm sure they have their reasons but they seem to be more in damage control mode than anything else. I think disingenuous reporting is a particularly prevalent DC fear. I do, however, have the reporter in writing stating in no uncertain terms that this will not come to pass. Reservations aside, I think a risk-averse attitude along with the phrase I-don't-want-to-do-it-because-I-don't-want-to-do-it is what has led to this logjam. Even when confronted with multiple opportunities to reach consensus, they are dragging their feet, still petrified of a huge conflagration. In the meantime, I'm trying my hardest to get as many points of view I can from others, in the hopes of having a wide band of people who support my perspective.

Some Friends in my committee want this matter to go before the entire Meeting as a whole, but we must resolve an internal disagreement between ourselves first. It is this. Some wish to have a panel/committee answer each question and some would rather have individuals answer them. The committee option would allow designated people to speak for the Meeting in the same capacity as their leadership roles. The same Friends who are very much cautious and wary of causing ruffled feathers think the best way to go about it would be to consult our Faith and Practice.

Faith and Practice are books of discipline and practice that describe rough guidelines and statements. They includes the contributions of several Friends working together as a team and are usually revised and updated once every twenty years or so to suit changing times. Since no Friends' precise opinion would be featured, it would be difficult for anyone to take issue with an answer pulled from Faith and Practice. However, this might at times provide answers that are vague and only tangentially pertinent to the question asked.

To pull back briefly from the greater description, I note here that I'm dismayed by what has waylaid a fantastic example at outreach. Fearful attitudes like these are what prevent needed repairs to the Meetinghouse, delaying completion of straightforward projects by up to a decade. If this project is to proceed, we will have to be careful how we word our answer, knowing that cautiousness will never prevent anyone from taking offense. Some people take offense simply to be argumentative. But in any case, we must not be so afraid of consequences that we do not move forward. This has been the downfall of Meetings for years and years. I would rather us make history than tread water.
Posted by Comrade Kevin at 7:54 AM