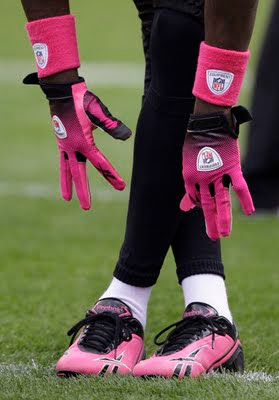 After the USA Women's World Cup soccer team flamed out in the final minutes, I noticed a very different sort of response from ordinary people and from the media. I expected lots of disappointed criticism, be it online or in person. In a game that was the USA's to lose, there would seem to have been much to go around. However, after the shock of the defeat had worn off, most people complimented the team for reaching the final and for its courage. This warm graciousness is extremely unfamiliar with me, so much so that it appears utterly foreign. It was fascinating to observe, on one level, even though it could not be more out-of-bounds with my own emotional response.

I grew up watching college football, if not in person, then on television. Unfavorable outcomes were greeted with instant outrage, and sometimes with frustrated profanity. The performance of the coaches and players both were soundly criticized. Though it may not classify as good sportsmanship, I have been known to boo my own team sometimes when it has failed on the gridiron. No one I know would ever respond to a loss without venting about a quarterback who throws interceptions, or a running back that can't seem to hold the ball without fumbling. Expectations are high, but this is what is known by everyone involved going in to each and every game. Every game might as well be conducted like a matter of life or death, and is played like it.

Am I observing a fundamental difference in attitudes in men's and women's sports here? Are women's sports a kinder, gentler standard? Pleasantries aside, two very crucial problems led to a complete breakdown on the field. For one, the USA played too conservatively towards the end, intending to run out the clock. This left Japan open for three or four dangerous, direct shots on goal. Japan had never had such opportunities before in the entire game, and so the odds were in its favor to convert eventually with so many chances. The second faux paus was highly questionable late game substitutions, pulling out an experienced player or two for fresh legs. This would have been a successful strategy had the game not gone into penalty kicks. However, it meant that players who had yet to limber up and were cold off the bench missed three consecutive penalty kicks during the shoot out. That is almost unpardonably awful play, regardless of the context, and unheard of in a team with that much skill.

Had this been a men's contest, one could be sure that these salient points would have been discussed and over-analyzed. Try though I might, it is difficult for me not feel a compulsion to pin the blame where the blame needs to be. Our society must expect brutal, unforgiving competition from men in ways that it does not from women. I say this gingerly, but I felt like the reactions of some fans to the loss resembled consoling a crying child. Based on my own upbringing, this was coddling or infantilizing behavior. Are women still being protected from the world in ways men never would be? Do we still try to, in paternalist style, spare women from the danger of the immediate environment? Women I've known are much tougher than that. They'd never want anyone's sympathy. Or am I reading the situation entirely wrong as someone who was socialized as a man? I will gladly accept correction if it leads to greater understanding.

In a post of a couple weeks ago, I questioned whether women's sports needed to resemble men's sports on any level. I return to that query today. We know that gender isn't nearly as easy to isolate as we think, but there is a certain standard of play and conduct common to women's sports that is uncommon to men's sports. The issue then becomes precisely what it is and is not. Without resorting to essentialist arguments, how do we define what should stay and what should change? Perhaps some may argue that there is an aspect of civilized play here that has never existed in the intensity of men's sports. But for men like me who are used to ripping apart the performance of any favorite team, we would find it difficult to not come crashing down on any faulty aspect of a game.

The most commonly invoked cliche in this circumstance comes from sportswriter Grantland Rice. Writing in 1908 like the contemporary of Rudyard Kipling that he was, Rice observed,

For when the One Great Scorer comes to write against your name, He marks – not that you won or lost – but how you played the Game

I must admit I have never known good sportsmanship in reality, believing it instead to be something like a bipartisan political climate or post-racial society. Any argument made about basic purity in women's sports must be sure not to romanticize femininity. These same sorts of arguments kept women shielded from direct contact with men in a past epoch. Should we form specific strategies to put women's athletics on par with their brethren, we will find ourselves examining complicated social structures. These may be superficially rooted in gender but their tendrils extend well beyond. I have fought and will continue to fight for gender equality, but I cannot say I believe the two are the same, nor would be the same even on that blessed day that the playing field is finally leveled for once and for all.
Posted by Comrade Kevin at 6:47 AM

Well you should be happy you got a comment. Why are you posting a football player when talking about women's sports? Also, the fact that you have to refer to the Women's World Cup as a "Woman's Sport" demonstrates that you don't find it equal to a "Men's Sport"