Nothing Like a Little Disaster for Sorting Things Out 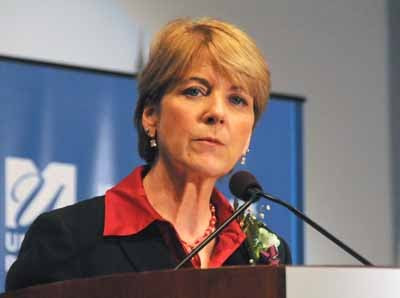 As many of you have been doing, I am nervously monitoring the special election for Massachusetts senator. By now, one would hope that no one needs reminding of the repercussions and consequences a defeat would portend both for the short term and for the long term, but one would hope also that its instantaneous impact would spur many to make long-deferred reforms. To wit, Coakley's defeat would make a powerful statement to residents in even the bluest of blue states. To wit, liberalism must self-monitor and must fortify itself against a desire to snooze and slumber. Nothing is owed to us in this world and a person is only as successful as his or her last triumph. This realization can be applied well beyond the Democratic party and all the concentric circles of influence and power that feed into it. Indeed, the ripple effects if Scott Brown wins will be felt across the country and will spawn a thousand prophets in the publication wilderness, each proclaiming that the end is nigh for a Democratic majority.

Constipated activist organizations now tapping out a panicked SOS are profuse, but as is my want, I'd like to single out one in particular. One can only hope that if, God forbid, Coakley were to lose, the mainstream Feminist™ organizations currently pushing for her election might be forced to concede that their strategies are out of date and their larger influence is negligible in the grand scheme of things. Coakley's detached Front Porch Campaign did not resonate well with voters inclined to distrust and thus to be turned off by on candidates who seem above kissing babies, shaking hands, and being highly visible to the prospective voter. Though I do not welcome the sense of helplessness that might reverberate through many workplaces come tomorrow night, I know that sometimes people have to learn their lessons the hard way. And in so doing, they have to sometimes have to learn them more than once. Still, how many times do some have to be on the losing end of easily preventable catastrophes before they recognize that the problem is with themselves, not with external factors?

Sloth and entitlement are usually fatal flaws in politics and activism, and at least one recent harsh blogosphere attack against the established players of Feminism™ was penned in an effort to shake them out of their old ways. These organizations do have a function and I'm not advocating that they need to be dismantled, but they do need to step into the times and embrace new realities. The true tragedy is that there are any number of highly qualified women who could be enlisted for the cause and be convinced to run for any number of high elective offices. Instead, someone decides to earmark and denote a particular legislative office for a Female™ and then feels obligated to advance a candidate with the highest possible degree of name-recognition, regardless of whether she is a good fit for the office. In addition to being bad policy, this is tokenism writ large. Tokenism has never truly advanced anyone's noble imperative. What it has done is appease someone's guilt and in so doing serve as a temporary concession rather than a desire to completely integrate women actively into the political process. If we were really committed to the idea of equality, then such decisions would be a matter of course, not a conscious effort towards appeasement.

In this same regard, a prior school of political theory and general leadership philosophy believed that in order to be taken seriously and to survive in a man's world, women in positions of authority ought to strive to be as tough and as masculine as their male counterparts. In effect, as the theory goes, they ought to adopt the pose and guise of a man for fear of seeming weak or being summarily discounted as ineffectual and ineffective as a leader. One would think that thirty or forty years of this would have given us the ability to recognize that sexist and misogynistic attacks come from everywhere, at any time, for any reason. Women who make no apology for "encroaching" into traditionally male spaces will find themselves insulted for any reason at all, really. For example, in the past few days, Coakley has found herself the target of a bizarre remark implying that someone ought to sodomize her with an electrical appliance. One can't get away from the offensive voices, unfortunately, but one can advance the authenticity of self as an excellent counter-weight to push back against the name-callers and childish smears.

I still recall how Hillary Clinton shed tears at a campaign stop shortly before the New Hampshire primary, showing not just a very human, vulnerable side, but also a very feminine side as well. In so doing, she transformed what was expected to be a sound drubbing into an improbable win that gave her campaign new life. Women voters related heavily with the gesture and cast their ballots accordingly; I'm not entirely dissuaded from the notion that some men might have been taken aback in a good way, recognizing that there was more to the candidate the icy, calculating stereotype that made her seem supremely unlikeable and at times threatening to the male voter. If we are ever to live in a world where the content of our character is more important than both the color of our skin and our reproductive organs, we will reach the point that no one ever feels the compulsion to pass, assimilate, or modify one's authentic self to seem more fitting to majority norms. Humanity and with it authenticity is what voters crave more than anything. Policy wonkery and strategy are lost on the average voter who seeks to identify himself or herself personally with the latest slate of candidates for elective office. When we can see ourselves clearly in those who run, then we are compelled to pull a lever for them on Election Day.

I voted, in part, for Barack Obama because I saw parallels between his life story and my own. In particular, the description of his mother closely mirrors my own---a woman passionately devoted to a cause beyond herself who sought to see the world through an optimistic lens, even though many criticized her desire as foolish and a trifle naïve. Others saw their own dreams mirrored in his rhetoric and the possibility of what he represented. Though a year later reality has set in and we are far less enthralled with the President then we were then, we continue to find his policies more objectionable than who he is as a person. Personality has limitations, but it can go a long way. A politician who is disliked as a person must rely on the political atmosphere around him or her, and sometimes only maintains power when his or her opposition is reviled even more.

Competence goes a long way, too, and I know that, speaking from a strictly women's rights perspective, we can't expect to not have reproductive rights compromised for the sake of passing a massive reform act if we are unable to break free from the scourge of tokenism. Victories are won with a collection of smaller successes that, linked together, move closer towards ultimate triumph. An occasional arm-twist, guilt-trip or, worse yet, established tradition of being granted an occasional "favor" in exchange for unwavering support are not going to get us where we need to be. No one would ever confuse that for complete integration and total parity. We should know instinctively what it will take to get there, but the question remains if we are willing to do the hard work on the ground to actualize it. The ivory tower might be cushy and familiar, but it is a universe in and of itself, one wholly removed from any semblance of the actual lives of working people. We have in front of us an opportunity to learn from what will be a debacle whether victory is won or lost. Let's not ignore it.
Posted by Comrade Kevin at 10:59 AM

So crying is "feminine"? You are only truly a woman when you are miserable to the point of weeping? Right.

As to the MA elections, the Democrats have had a filibuster-proof majority for a while now. What exactly did we get out of it? Whether they have a majority or not, they will still be too weak and pathetic to actually do anything.

No, Clarissa, you are traditionally feminine when you are honestly yourself. Please don't split hairs here.

Crying is human. You are truly a woman when you are unconcerned with seeming traditionally masculine. Men cry too, but my point was merely that there is no sin, nor any real reason to take on the guise of some other majority identity when being oneself is a much more successful strategy both in life and in politics.

The established players have a golden opportunity to change their way of thinking here and if they ignore it, it's their own fault.