An Apology from an Unapologetic Sports Fan 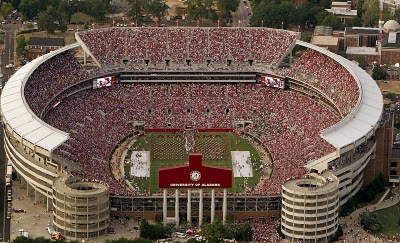 I rarely write about sports because to me they are a fun distraction from more pressing matters, one ultimately of far less importance to the grand scheme of things. To be sure, I've always been aware of the base inequalities lurking underneath the surface, whether it be the pro players who make obscene amounts of money to play a game or the college kids who are treated as prized endowment cash cows for their individual universities, colleges, or conferences. Though I watch the games, once they have drawn to a conclusion, I turn off my television or internet feed and go on about the rest of my life. What has always troubled me the most is the extent to which some will pursue the minutia and exacting analysis of fandom, which if applied with even half the effort and half the obsession to a cause that would make strides to say, educate the illiterate or aim to reform a societal malady of choice, would produce impressive results.

There are a million other worthy, legitimate criticisms that can be directed towards sports. Indeed, I have made many of them myself from time to time. When it's time for another Olympic Games, many are justified to point out that pitting nations of the world against each other in a winner-take-all format increases nationalism while decreasing the notion that we are all in this thing together here on Planet Earth. However, I must note as well that nothing unifies people from a variety of disparate socio-economic, racial, regional, and faith groups more than this, the true opiate of the masses. Though I begrudge slightly that it takes a spectator past-time to accomplish this, rather than any grand notion I might devise myself or champion, I suppose I should be happy with the system we have, for once.

I began attending college football games when I was a child and was struck even then about the kind of instant camaraderie that transpires while at a sporting event. The person who sits next to you might live in a different city, might make less money than you do, might not have your same level of education, might have a completely different values system, but for that moment all differences are magically forgotten. You might never have had any reason to shake the hand of those seated to your immediate left and right, but you'll certainly give them a high-five if it is offered to you. The analogy I like to draw is that of Chaplin's film City Lights.

The plot centers around Chaplin's tramp--broke and homeless he runs into a drunken millionaire and talks him out of committing suicide. A running gag throughout the film is that when the millionaire is drunk he is the best of friends with the tramp right up until he sobers up and cannot remember him. The millionaire takes to the tramp as his "best friend for life," giving him nice clothes, going to parties and even giving him his Rolls Royce.

In a 100,000 seat stadium filled with screaming fans, we are all the drunken millionaire to some degree, while some of us are The Tramp. In the roar of the crowd, distinctions long held loosen their grip for a few blessed hours, but as soon as the play clock reaches 0:00, it is as if the alarm signifying the end of our Christmas truce sounds and, beholden to custom, we must resume the same social distinctions as before. The instant fast friend becomes just another stranger when it comes time to slowly file out and head back to the car, bus, or train. To be sure, this is, of course, a bit of a simplified metaphor because social strata is not completely removed from the matter. Those who can afford to pay the most end up with seats on the 50-yard-line or reserve their own private skybox, but these are usually the domain of the very wealthy or very well-connected. For the most of us groundlings, we are packed in together, compelled to scream at the big plays, boo the referee, and revel in the action lain out in front of us. It is as if we are all participants in some kind of pitched battle and that our very life depends on the success or failure of the soldiers in formation below us.

There is, however, more to this story than merely some short-lived, but intense emotional roller-coaster. My appreciation of sports takes a more personal note. Dad and I are very different in many ways for a variety of reasons, but one of the few means in which we have common ground is in our mutual love for the same teams. We can rarely talk politics because when he begins to channel Rush Limbaugh it takes every ounce of my strength not to respond back in anger, but we have at least come to an understanding that, at least in the context of sports, we are members of the same party and ideological bent. This is why I nod my head up and down when someone advances a sensible notion about the many flaws and shortcomings of sports, knowing that I have struck a rough compromise both with myself and my father that I don't ever intend to violate. With time, I have learned that it is best to know how to pick one's battles and this is an issue not worth quibbling over.

What I will say is that it has always troubled me is how my home state of Alabama has used college football as its sole means of forming a positive collective identity. A largely impoverished state to this day, particularly when compared to more affluent blue states, it was cursed with a negative reputation as hopelessly backwards and behind-the-times well before Civil Rights. This set in play an inferiority complex and a resulting sense of inadequacy. The mentality was momentarily set aside for one of the first times at the end of the Twenties when the University of Alabama football team began winning National Championships. In fact, the star player from one of these winning Alabama teams of the Roaring Twenties by the name of Johnny Mack Brown made enough of a splash after one successful trip to the Rose Bowl that he was recruited to Hollywood. Afterward, Brown took a few marquee starring roles in the age of the silent screen, eventually finding his niche as talkies set in the form of cowboy Westerns. The on-the-field success of the Crimson Tide shortly before the crash was the very beginning of what now is now denoted proudly as "tradition" and "legacy".

A few decades later, however, the entire state became associated with shameful racism and brutal hatred, an entirely different kind of legacy which persists to the day. This is a painful memory held among those of a certain generation who will always remember dynamite bombs, police dogs, and fire hoses. Back then, we just shrugged our shoulders and said to ourselves, "Well, at least we have a football team who wins." We knew could never match Ohio or California pound for pound in affluence, opportunity, progressive attitudes, or favorable press coverage, but we did usually manage to beat them in football. In the beginnings of a still-pertinent struggle for state's rights as a means to invalidate policy passed by Washington, DC, the North might force integration or busing, but it couldn't match up to our football team. I am aware of the irony. Though I am of a generation who has no memory of segregated facilities or the initial shock of court mandated programs to encourage racial equality, I did grow up close enough to the embers to recognize their potency.

And even now there is a part of me who delights when my team knocks off some university or college which takes some sacrosanct role in the American identity; I still wish the university and the state itself had the resources to compete with its scheduled opponent from both a monetary standpoint and an academic standpoint. While I recognize that college is truly a measure of what one puts into it, many are still often think that a piece of paper with a certain state name or wealthy patron's name embossed across it has a value beyond that of another. This manner of thinking doesn't just stop at higher education, either. And when I contemplate this, my thoughts inevitably turn to "Well, at least we have a football team who wins."

So you can be sure I'll be glued to the television tonight watching the University of Alabama take on the University of Texas for the National Championship. In it will be present all of the contradictions and idiosyncrasies we hold within ourselves. While I agree that paying coaches more money per year than Senators and Presidents is ridiculous, I also enjoy feeling a part of something successful, an active member of a large body of winners. While I recognize that young black men are still encouraged to chase a very dicey opportunity for advancement, wealth, and social mobility based exclusively on their athletic prowess, one that is only granted to a very few elite players, I also know that their participation in the process teaches self-discipline and self-respect. While I know that colleges and universities grant concessions and cut every break in the world to student-athletes because their success on the field correlates directly to millions of dollars in television and bowl revenue, I also recognize that supposedly elite institutions can rely on high dollar donations to keep their facilities and academic offerings on the cutting edge. This is not school with state schools, particularly state schools in red states. While I have always been critical of those who analyze, examine, and formulate ridiculous statistics for the sheer love of metrics, I do recognize that everyone would do well to have a hobby.

As far as outlets are concerned, sports are one of the best and if my team wins tonight, I will certainly celebrate. If victory is secured, it will certainly be nice for even a day or two to see positive news and upbeat analysis attached to the name Alabama. Home is still home, even if I don't regret one bit that I left.
Posted by Comrade Kevin at 9:23 AM