Zoom Meeting for Worship (And Beyond) 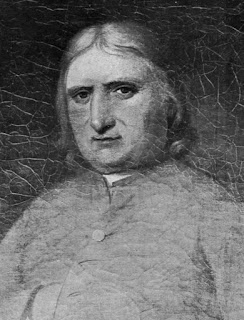 Ever since the pandemic descended, we've been existing in a state of slightly confused limbo. As articles I've read have discussed in much detail, there have been good outcomes and bad outcomes of online Worship. People who are physically distanced from us, unable to be present in person, have had the opportunity to participate. In the past month or so, I've seen the way that other Quaker Meetings and Churches function, and that has been both personally interesting and deeply spiritual. But the other side of the coin is that we lose something when we cannot be physically present in a room with other people. No matter how we attempt to simulate it, it just doesn't hold up.

To segue---I've been working with an indie comedian from the UK named Diane Spencer. Her occupation as a stand-up comedian has ground to a halt as her very job has been shuttered, rendered non-essential. (Though I would argue that humor is extremely essential in these strange times.) All of her in-person gigs were canceled when Britain, like the rest of the world, went on lock-down. Now the two of us have been brainstorming about ways to put on functional, satisfying, and funny comedy shows over the internet. And it's proven to be a great challenge. All of the strategies she has used in times past to turn all the gears require close contact with other people. The experience has thoroughly frustrated her, and people like her who thrive when the white-hot spotlight is on her. I think that's less of a challenge for us as Friends, since we tend to be more on the introverted spectrum.

But going forward, the idea of personal space and our status as social creatures is going to be challenged. And in all sorts of ways: sporting events, movie theaters, patriotic displays, and many others. Part of being human is in human company, as overwhelming as that can be, particularly for people like me who have diagnosed anxiety disorders. I love the company of all of you on Sunday mornings, though I find myself completely oversaturated in three hours' time. As I write and compile the week's Queries, I decompress from what I have just experienced.

So I pose--there's got to be some reason why viruses, pandemics, coronaviruses---why all of these things exist. We can call them evil forces. We can assign them to works of Satan. We can divorce them completely from religious motives and reduce them to scientific theories, but we must find ways to be together in safe ways, in spite of what has the potential to be deadly. I am hoping that, even if it has to be staggered, that we'll have the ability to open up again. Those with particularly glum looks at life have solemnly noted that we will never be the same. And I think that's true, to an extent, but maybe not as drastically as some may fear.

Certainly our economy will not be the same. Certainly our politics will not be the same. I'm reminded of the very beginning days of Quakerism, when it was still very much against the law. Those who met in secret gatherings called conventicles risked jail time, fines, and occasionally even execution. And the same was true of the early Christians. And yet, they very much thrived when the bans on them were lifted. I hope the same is true not just with the Religious Society of Friends but with all people, when we can safely resurface. So, stir-crazy as I am, I am trying to be as inventive as I can, when I've been faced with some of the most difficult challenges ever asked of me in the course of my entire life. And likely yours as well.

You will say, Christ saith this, and the apostles say this: but what canst thou say? Art thou a child of Light and hast thou walked in the Light, and what thou speakest, is it inwardly from God? —George Fox