When Being Prepared Becomes Being Paranoid 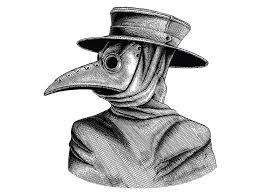 I live with two parents who are transitioning from older to elderly. The coronavirus has sent them into an extreme panic, the likes of which I have never seen in them before. A month ago, when this all began, my mother’s fears grew so intense that she took my car keys against my will. They had been resting on a desk in my bedroom until that moment. Now I can’t go anywhere.

All attempts to extract where she has hidden them have fallen on deaf ears. My equally paranoid father backs her up. It’s two against one.

This post is written as a plea for us to keep our heads about us. Unlike some, I do believe that coronavirus is a very real and potentially deadly pandemic. But let me use my own life as an example. Suppose one or both of my parents has a medical emergency. Without my car keys, I couldn’t take them anywhere they needed to be. I hope they would tell me. Frankly, they have interpreted “stay at home” as “be afraid to go outside for any reason, even if it’s for thirty seconds.” And that is just silly.

This pandemic has opened ancient fault lines. They associate it with years of being warned against nuclear war. But just as duck and cover was wishful thinking, so is barricading oneself against an invisible enemy and letting one’s imagination run wild. I’ve followed the guidelines and have plenty of hand sanitizer and disposable latex medical gloves at my disposal. I wash my hands a minimum of ten times a day. My parents prefer to scrutinize every grocery store purchase and item left in a mailbox with obsessive precision, so I leave that responsibility to them.

I am vigilant, but I refuse to be afraid. Without going into too many details, my life has not been easy. But adversity has a way of shoring up your defenses. I may not be seventy years old, but I recognize that the threat applies to me, also. Coronavirus has killed people who are almost forty years old, like me. We can’t let a pandemic immobilize us or reactivate the fears of worst case scenario. In some ways, this situation we’re collectively experiencing reminds me of Rod Serling and the original Twilight Zone episodes. It’s not difficult to transpose fear of the Soviets with fears of coronavirus.

The longer we are in quarantine, we notice that new problems, new issues, and new challenges face us. We grow bored with our collective mindset of last week, or the week before that. We long for the resumption of the status quo. And that in itself can be dangerous, as we know that idle hands are the Devil’s workshop. People don’t like change, and certainly nothing this severe. I’ve felt much greater compassion for people since this all started, as I have always been a voice in the wilderness clamoring for change. Now, in a very large sense, I don’t want change. I don’t want a revolution.

The French Enlightenment thinker Montesquieu put it this way.

Democratic and aristocratic states are not in their own nature free. Political liberty is to be found only in moderate governments; and even in these it is not always found. It is there only when there is no abuse of power. But constant experience shows us that every man who has power is inclined to abuse it; he goes until he finds limits. Is it not strange, though true, to say that virtue itself has need of limits?.

Sage advice, from centuries ago. The impulse I pick up from other people at this is not to picket, but rather it is for the constancy of routine. Part of this is because it’s not safe for any mass action to take place out in the open. How do you start the Revolution over the Internet? We are all currently in a state of extreme disequilibrium, our energy and focus headed in every direction imaginable. I wonder what lessons we’ll receive in the end. We may not fully understand these changes until everything’s said and done and we return to whatever state of normality that remains.

Posted by Comrade Kevin at 9:56 AM