Book review: Apropos of Nothing 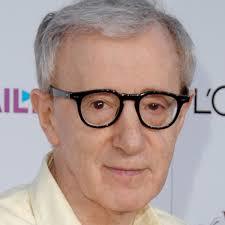 In Woody Allen’s new controversial autobiography, largely an engaging, chatty account of days gone by eventually morphs into a lengthy tell-all before springing back into place. Woody Allen wants the reader to know his side of the story to such a degree that he interrupts the narrative two-thirds of the way to plead his case. The effect is jarring, and quickly denigrates to a series of he said/she said body blows between himself and ex-wife Mia Farrow. As has been reported extensively already, Allen knows that Mia Farrow’s reaction to his decision to engage sexually with one of her former adopted daughters was appropriate. She had every right, Allen narrates, to her own private feelings of betrayal, even if (and this becomes very notable later on) nothing else is.

Allen’s decision to become sexually involved with and then marry a woman so much younger than himself is certainly unorthodox, Allen’s side of the story reveals why others have come to his defense over the years. It’s not cut and tried #metoo, like Harvey Weinstein or Louis C.K. Allen has not been loudly denounced by the people who have formed his world, mostly an uncomprehending public. He is simply a maker of bad choices, both in his movies and in his personal life.

In a pre-pandemic world, we’d be discussing this battle royal in much greater detail, but for now let me say that, contrary to the way I assumed I’d feel prior to reading this book, I find myself feeling sorry for Allen. Previous articles on this subject I have read resort to lazy journalism and sensationalism. Part of that is a result of the fact that the Allen/Farrow spat is a complicated one and written all in one rush, as though its author wanted to say his or her piece as quickly as possible and then quickly move on to something else. Harsh critics have jumped on isolated passages of the book to prove Allen is a misogynistic creep, but more discerning readers can see the humanity that shines through.

As an objective reviewer, I’m going to resist the temptation to wade into #metoo and say merely that Allen is an eccentric, not a pedophile. An exhaustive amount of litigation and attorney’s fees, as evidenced by Allen’s side of the story, have shown that much. I recognize that we live in a time now where men in positions of power are being rightly toppled for their sexual indiscretions, Allen simply doesn’t fit the bill. If you don’t believe me, read it yourself. You’ll find your patience tried severely for at least fifty pages as the author accounts the full blow-by-blow between two incompatible partners.

I do find him guilty of one major discretion, one of which there are many antecedents. He has consistently sought relationship partners who have severe mental health issues. This is especially true with Allen’s second wife, Louise Lasser, (of Mary Hartman, Mary Hartman fame), whose manic depression doomed a promising marriage. The two have remained friends. Allen usually stays on good terms with his ex’s.

It is clear Allen would much rather talk about his films and share a few anecdotes here and there. He is not a natural nonfiction writer, not a storyteller certainly, but fans have a few shreds of personal reflection to hold their attention. A few things surprise: Allen’s neurotic New York schtick is only partially true. He is not nearly, as he put it in one of his movies, “the balding virile type.” He’s was a competent baseball player who never took school seriously, belying his stature as a supreme intellectual on par with the greats. Allen is smart and resourceful, but credits work ethic and fame to prevent him from ending up a complete unknown.

Apropos of Nothing is somewhere between nostalgia and mea culpa, and the transition between the two is not a smooth one. Allen is, however, honest about his talents and especially his flaws when it comes to being a director and an actor. One might even call it humility. At 84, he’s still a starstruck movie buff, and it’s that part of him that he would like you to know most. That and perhaps the writer of a few notable wise-cracks and clever statements. He knows his time left on Earth is short, but seems to have accepted that fact long ago. He knows he will never fully repair his reputation, but such is life in the public eye.
Posted by Comrade Kevin at 9:59 AM