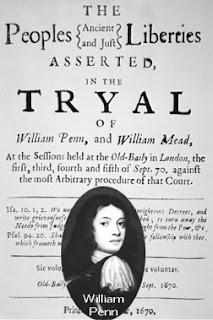 One of the peculiar issues among many are those that plague so many lawyers and Friends. Or, as Dorothy Parker put it, On hearing that another actress friend had broken her leg working in London: “she must have done it sliding down a barrister.”This could be a result of the numbers in Washington, DC. It may be that there is too much need in a capital city. Every single city has its numbers.

In the beginning, in the UK, certain people could not hold certain occupations, particularly the cleric and the professional. Many Quakers were shop-keepers. A UK man named Cadbury developed the first milk chocolate, called Dairy Milk. He was a believe in temperance, developing milk chocolate would be an adequate substitution for alcohol. The same was true with the development with root beer developed in the US by a man who made root beer for the same reason, a druggist named Hires who worked in Philadelphia.

One might think lawyers would shirk away from controversy and those particular occupations would seem not especially Quakerly. Lawyering is a fight and those who are attracted to it out of the love of the fight. If they don’t do it, they don’t do it. But better we fight our problems than grab swords.

It would seem to be a particular occupation that must be. I would rather us stick to peace and pacifism. I would rather move on and not worry about fighting. Otherwise, we seem very hypocritical as a culture. It is worthwhile that that we do not do our fighting like Game of Thrones and a more civilized culture, though it has many flaws.

We say we are one thing and often are another. Yes, even we are hypocritical. That is to be expected. But how to go forward, even when we are not especially problematic. I have had to live with the violence. But we know when to call in the heavy guns when we need them.

We could well brawl with sticks and end up in the pillory. We could end up with punitive punishment. But instead we deal with stress en masse, which is almost as bad. Lawyers protect each other. I saw that in one of my father's good friends. I wouldn't know how to eliminate the profession, but would do it if I could. And what would we do next?
Posted by Comrade Kevin at 4:04 PM