How I Totally Missed It 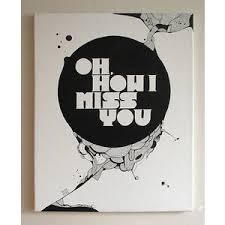 Women, I want you to know that I missed it, completely. You win, if there is any winning here, and I deserve to be viewed wrongly. I had the best intentions, and maybe that is the first sign of wisdom, but I had no clue what it was like to be something like a woman. It is something like complete transparency, even if you block it out, even if you try to laugh it off.

For the past two weeks, a rabid hacker and I have been having it out. That explains the crazy, truncated posting and lack of posting at all. When a narcissist with his own cult of personality takes aim at you, heaven help you. It makes me understand all the better the bad behavior of men at sci-fi and fantasy cons, as they can be demons with a total sense of entitlement to everything. Thank God all men are not like this, but in that environment it's easy to see it all as malevolent.

I can't get him to go away. I can alpha dog away most people, but not genuine psychopaths like this. Mental illness is the only motive I can think of for behavior like this. I had good motives. He'd had an interesting life. I wanted only to tell his story on Daily Kos, a win/win situation for both of us. I've had good experiences like this before, very mutual. But lord, had I known the hornet's nest I was about to walk into, I would have walked away.

I keep thinking that unless this guy was a raving psychopath, this could have been a good story, an inside look at Anonymous, the hacker collective. Instead, he got into everything, my phone, my e-mail, everything. My loved one thought I was crazy, and if I didn't have such rock hard defenses, I might have gone today crazy myself.

What does he do? He keeps his own domain and sells overpriced pornography. I guess some people have to make a living, but I have decidedly less renown for the Anonymous Movement now. This was until I ran into a squirrel running in a thousand different directions, none of which I can really explain or control. As is often the case with situations like these, he has his own autocratic followers and I have made it clear that I will not accept his foul behavior. For a time he backed off, but I am in correspondence with the local news to tell his story and I guess that set him off again. I've already reported him to the Feds and will do so tomorrow to the local cybercrimes unit.

This is not comfortable. I am not in control. I do not know what it will take to make him go away. I can scare him and bluff him but he pops up with insult text messages. These are what as known as evidence. And what he can't see if that every message is another piece of evidence. This man is crazy but would want nothing more than to be on MSNBC for the sake of being known, the way so many criminals are apt to be.
Posted by Comrade Kevin at 12:51 PM