Apologies for the Delay 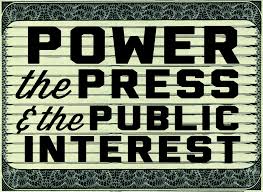 I'm working on a massive project that could be considered investigative journalism. A criminal defense lawyer has employed my services. I can say no more.

In other news, I've finished the "Dry Drunk" short story and have sent it along to eight publications. at this rate, I probably have 2 in 10 odds of being published. This one turned out to run 5,000 words, which is unusually long for me. I decided to scramble the order of the finished draft, just to do something novel. There are three submissions in addition that can be submitted, but not until September.

The last winning story, which received Honorable Mention, had to be submitted 100 times before one of them won accolades. This is why I know how difficult it can be. As it turns out, my creative writing CV has currently four substantive columns included. One never knows how to define quality. What I consider my best work of all has been rejected at least 60 times, enough so that I have put it on the shelf for the duration. Should I be published, it might be ready to be read.

I found a new Quaker Meeting, one that seems to be highly functional and friendly. I am one of the youngest there, as I knew I would be, but that scarcely matters. Compared to what I came through, I'd take almost anything if it was cheerful.
Posted by Comrade Kevin at 8:57 AM