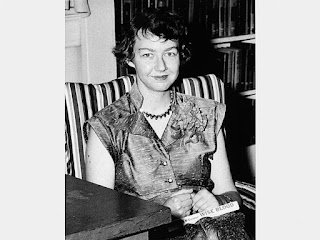 Well, this one is kind of a modified quote, but a good one.

Flannery O'Connor is considered one of America's greatest fiction writers and one of the strongest apologists for Roman Catholicism in the twentieth century. Born of the marriage of two of Georgia's oldest Catholic families, O'Connor was a devout believer whose small but impressive body of fiction presents the soul's struggle with what she called the "stinking mad shadow of Jesus."
Posted by Comrade Kevin at 6:00 AM