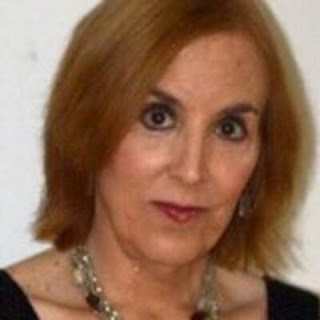 In a recent workshop on the Patriarchy at the Quaker resource center Pendle Hill, I met Chloe Schwenke, a woman I had come in contact with a year or so earlier at a queer Quaker conference. At first, I have to say that she fooled me. I believed her to be a cisgender woman, but was in fact a transwoman. That was merely a clueless notion on my part or an extreme compliment, and I hope for the latter.

Her biography is unusual, particularly when we consider stereotypical notions of transwomen. They're supposed to be effete and mincing, and Chloe is most certainly neither. Her femininity is natural and seasoned. Chloe shared story after story during her presentation, where she talked about her interesting upbringing. Chloe's father was an officer in the Marine Corps, and yet she talks about him in reverent terms, as an upstanding man indebted to honor, not a humorless scold or martinet. Much of the time we speak about emotionally abusive or uncomprehending masculine fathers on the subject of transwomen, but not here.

Her talk centered around her work in Middle East. Following transition, she was treated far differently than a man would be. Renting a car first required a man to taxi her around. Driving by herself was impossible and against the rules. When she asked the young man behind the counter point-blank why this policy was in place, he could not answer her. She saw that as a small victory of a sort.

Since then, she has focused much of her attention on raising a fifteen-year-old daughter who has just survived the incessant bullying of middle school. But she still bears those scars, and Chloe is not always entirely sure of the proper way to respond. Thankfully, Chloe's gender identity is not the source of this teasing and taunting, as she is fortunate enough to pass for cisgender. Rather, it is the cruelty of adolescence, the kind many of us experience ourselves regardless of our sexual or gender identity. It is the sort that usually goes unnoticed and not confronted that causes Chloe the most pain.

Too many LGBT related, hate crimes are committed. They need to be prosecuted. We must bring them to light. But the same cruelty that characterized many of our lives has gone unaddressed for much too long. As a man, I might be afraid of being beaten up, but in many ways girls are far more vicious, far more cutting verbally, and more injurious that way.

We've talked about bullying considerably in feminist spaces, but I feel we sometimes ignore the cis side of the coin. I experienced some of it myself as a man, but one of my sisters has never entirely gotten over the teasing she experienced from the in-crowd, the popular girls. Middle school is where bullying spikes, but it should never be allowed to reach that sort of plateau, for any reason.

Referring to her biography,

Chloe is a post-operative transsexual, and until 2007 she lived and worked as Stephen. While she experienced many incidents throughout her life that might have been seen as evidence of her transgender status, it was not until she was well into her middle age years that she began to address her gender identity disorder in a determined, focused manner. With the help of expert counseling, a loving spouse and family, some (but not all) understanding employers, and a deeply supportive Quaker community, Chloe completed her gender transition. Chloe and her second spouse are now divorced but remain very close friends, and share in the raising of their children.

Liberal Friends remain supportive of LGBT individuals, including those who are transgender. Some faith groups do not, but we do. But to say that this process was an easy one would be a severe understatement. During the 1980's, Friends were divided over the progression of same-sex marriage and what were then termed gay rights. Fortunately, since then, within most branches, that issue has been largely resolved.
Posted by Comrade Kevin at 3:58 AM