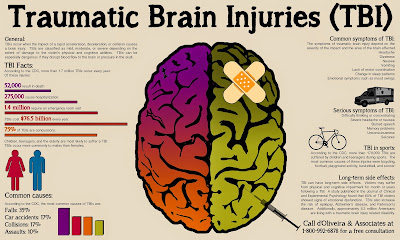 On this Veterans' Day, I usually write about being a pacifist Quaker on a day devoted to eulogizing soldiers and those involved in active combat. I have, however, little more to add to the discourse. I instead shift to the incidences of tragic violence, inflicted by others and by ourselves, against others and against ourselves. Beyond any pontificating of my own as to the evils of warfare, I remove politics and replace instead an example from my own life.

A close family member narrowly escaped death a little over a year ago. At first, we assumed that he'd tried to commit suicide. It seemed to fit the profile. He'd jumped out of a three story apartment window, knowing, we assumed, that he was quite aware of the likely consequences of what he was doing. But after several harrowing days at the hospital, we weren't quite so sure.

The toxicology report, which took a while to be compiled and made available to us, pointed to a very different motive. In his system were a variety of unusual chemical substances, including a particularly potent designer drug known informally as bath salts. A chemist by trade, he'd been working in a lab that did not allow him the ability to take time off in order to get his ADD medication refilled. He needed an appointment with a doctor for subsequent refills, but didn't want to risk being fired to get what he needed.

With his training, he decided, very unwisely, to synthesize his own meds. Where he got this idea in the first place is a mystery. Though examining the internet history on his computer, it was determined that he had been frequenting internet boards for months. These showed step-by-step how to make what he needed, though his training would have presumably taught him to be wary of amateur tactics like these.

Up to a week prior to this tragic act, he'd been locking himself in the bathroom. His wife had been forced to enter the room only by first removing the door knob. The full story may never be told, but it is surmised that in his impaired state, he reacted in fear as the door opened. To his impaired mind, his only means of escape was out the window. The impact caused severe brain damage and he was rushed by ambulance to the Emergency Room.

For the next several hours, it wasn't clear whether or not he was going to live. Brain swelling was intense enough that he was deliberately placed into a coma. And yet, he persevered, being transferred from ICU to a regular room. Following that, his condition was monitored closely in a rehab center away from the hospital. Since then, his progress has been slow. In many ways, the family has been dealing with a Gabby Giffords sort of situation, where recovery is painfully slow but steady.

I've been examining myself and my own reactions carefully. Sad to say, I haven't been particularly sympathetic. I know I ought to be. Justified or not, I'm upset with the rash foolishness of what he did. With his specialized training, he could have easily found another job. There's no telling as to how much time he devoted to concocting a complex chemical structure. Taking thirty minutes for a doctor's appointment would not have been difficult.

Obtaining a new job would not have been difficult, though I do understand that he was having financial problems. His own family would have lent him the money to last until then, as would his wife. So many questions remain. Was he enough of a believer in his own abilities and skills to willfully take his life in his hands? Did he honestly understand the risk he was taking? Was he in a state of mind capable of understanding the severe and likely consequences?

Lest I seem haughty and snobbish, I am a failed suicide. My most injurious attempt (yes, there were more than one) saw me drink kerosene. I am still alive to tell the tale today because I cried out for help. My father scooped me up into his arms and drove me directly to the ER. The kerosene, though toxic, did not kill me. My stomach was not pumped. Instead, it irritated my colon and gradually left my system. I smelled like a refinery for a week. I remained in the hospital around a month.

The family member I've referenced above was in too much of an impaired state to kill himself of his own free will. His behavior was extremely irrational and spontaneous while mine was committed with great purpose and much planning beforehand. I had been thinking of a way to do it for weeks, but was fighting with myself as to whether I had the emotional and psychological stamina to go through with it. I determined the nature of the act several days prior, but was not miserable enough to comply until that exact day.

This is where I likely go wrong. I see my family member in different terms that I would someone who had made a clear-cut suicide attempt as a result of diagnosed mental illness. I don't believe the pat assumption that voluntary self-destruction in this circumstance is simply not plausible. Something else was going on underneath the surface. This I firmly believe. An admission would have my complete understanding and sympathy. Much of this is being submerged and swept under the rug, an exercise in denial. I can tolerate many things, but familial denial is not one of them.

On this day, we make a decision to recall the horrors of war. We can pursue a course of denial, shutting our eyes once more to the evil humankind commits against itself. I believe that war is an irrational, immoral, nonsensical creation. And yet those who are geniuses in the field of battle are commemorated with ribbons and pins, holidays and reverence. I have more respect for the end of warfare, the reason we commemorated and memorialized November 11 in the beginning.
Posted by Comrade Kevin at 8:41 AM