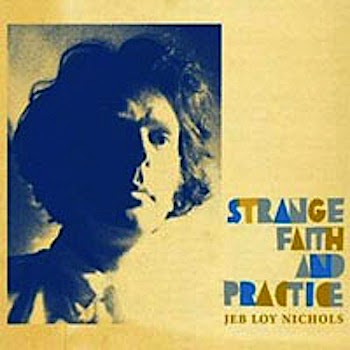 During a recent support group for people with anxiety disorders, I mentioned that I was a Quaker. The moderator was extremely familiar with Friends terminology, even knowing our Testimonies (Simplicity, Peace, Integrity, Community, and Equality) by heart, a rare feat for someone who isn't one of us. She had great respect for what I and others believe, but uttered a particular sentence I've heard many times in many contexts.

I'm not religious, but if I were, I'd be a Quaker.

Columns before this one have covered similar territory. Those with a desire to spread our message know that these are the sorts of people who could find a Spiritual home with us. We recognize that proselytizing towards them would only push them away and wouldn't do it even if we wanted. But the question remains. How do we reach beyond what I consider to be the two most effective sources of Friendly growth: enrollment in a Quaker school or institute of higher learning, or our faithful presence at protest rallies?

We live at a time where we are increasingly encouraged to politicize our identities. Arguably, this response is unique to our times, but a study of history proves that this is not the case. Those who wear, to cite one example, t-shirts that say "This is what a feminist look like" are making a deliberate political statement. They are showcasing some aspect of themselves, though they have little to no control over the response they will receive from the outside.

Some wish to be shocking, some wish to inspire, some want to empower or challenge others, but it's impossible to know the true motives of the activist without interviewing the person individually. We have almost no control over how we will be perceived, and whether we'll turn off just as many as we turn on to our message.

Some of our perceptions are a result of our relative age and a generational mindset. This will grow ever more prominent as we continue to age. Writing in 1997, a Chicago Tribune columnist named Mary Schmich spoke to this idea in much detail. She titled her piece "Advice, like youth, probably just wasted on the young."

Accept certain inalienable truths: Prices will rise. Politicians will philander. You, too, will get old. And when you do, you'll fantasize that when you were young, prices were reasonable, politicians were noble, and children respected their elders.

I return to how I began this column. How do we encourage increased membership and participation in the Religious Society of Friends? My strong identity as a feminist presents similar challenges, especially when the words "religion" and "feminism" hold such strongly negative connotations to many. It's easy to dig in for a siege, to adopt a defensive posture.

Every so often, a little light is shined our way. Dame Judi Dench, the esteemed actress, is a Quaker and has spoken at length about it. Though their understanding of fully formed feminism may be lacking, female celebrities often identify as such. Without heavy-handed, coercive tactics, how do we make the hardest step of all, the first? Producing an A-ha or click moment begins the process of discovery and self-exploration. The most powerful incentive is the desire to learn more and to hone one's understanding.

My own Meeting can in many ways stake a claim to being the Nation's Quaker Meeting. We are based in Washington, DC, our nation's capital, and during every Meeting for Worship, we always have with us several visitors new to the city or just passing through. That's the good news. The bad news is that only about 10-20% stick around for good or for any length of time. We attract lots of dabblers and seekers, but commitment is often lacking. This leaves me frustrated, but I have had to chalk this up to the nature and larger currents of the city I call home.

Feminism keeps its numbers robust through somewhat similar means. Those enrolled in women's studies or gender studies programs in college gravitate to larger issues and an increased engagement with the issues. I have found in my own anecdotal studies that strong personal identification with the issues that feminism addresses is the difference between lukewarm devotion to the cause and loyal membership.

The long view might be the best starting place. Nostalgia is as much a force is indignation. Respecting the personal journeys of those who came before us, struggle with us now, and will follow us later might be best. Accept certain inalienable truths: the poor will always be with us, the path towards progress is slow, and the details of our own demise are always greatly exaggerated.
Posted by Comrade Kevin at 8:21 AM