Political Failure is not the End of the World 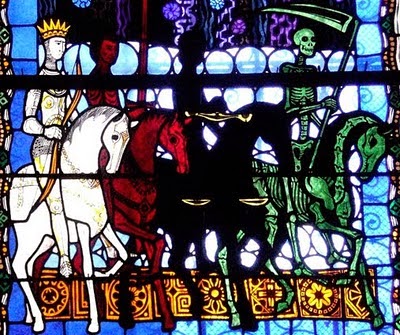 Ever since the Midterm elections ended, badly, liberals have been looking everywhere for answers. They feel betrayed by the Democratic Party and disappointed by President Obama. Every election cycle that goes against its wishes begins the inevitable finger-pointing and army of apologetics and revisionist historians. One wave of thought and theory begins and another sweeps it away.

A study of history shows that pendulum swings are inevitable. One single party has dominated for a time, but not forever. FDR won four terms and Harry Truman won one of his own, but that only led to two terms of Eisenhower. But Eisenhower could only produce four years of Republican rule in Congress. A generation before, two terms of crusading reforms by Democrat Woodrow Wilson gave way to a Republican return to normalcy.

Americans have always felt, eventually, disillusioned with the party in power. If they had not, one party would have eventually asserted dominance, as is the case with countries not wealthy enough or advanced enough to be considered part of the First World. As some may recall, our founders were idealistic enough to believe that two competing parties would simply not emerge.

Americans have a love/hate relationship with idealism in politics, finding it easy to fall in love with the newest idea or theory and the newest messenger. The opposite side of the coin of idealism is cynicism. Americans are guarded romantics at heart. If we were true cynics or fatalists, we would assume that politics is little more than a lost cause and refuse to cast a single ballot.

We get burned by the Washington insider, so we choose a Washington outsider this time. If he or she disappoints, we believe a Beltway politician is the the most sensible choice. The older we grow, the more we see the same patterns reassert themselves. This is to say that the worries of leftists are temporary. If we ever gravitate to one-party rule, then we have every reason to be genuinely worried. I don't see that happening.

Adversity reminds us that life is short, teaches us to live wisely, and refines our character. Christianity and Judaism see value in suffering in suffering and sorrow. Eastern religions seek to escape it, the Greeks and Romans absolutely despised it, but the Christian and Jewish traditions see tough times as a refining fire. We learn more about ourselves from difficult times than from happy times and now is time to re-school and retool who we are and what we believe.

Democrats may need to sojourn a while in the wilderness by doing what every party must do to remain relevant, reinventing itself. Rest assured, a new leader will win favor and a new kid in Washington will rise to power. Our political system does not preach a belief in escaping pain. Washington is not exactly the place for Zen-like stoicism and self-sacrificial behavior. Nor has it ever been, nor will it ever be so, no matter how many millions and billions of dollars enter the picture.

Legitimate worries exist. Reproductive rights and abortion rights are under attack in many conservative states, but the latest poll showed that a clear majority of Americans still believe that Roe v. Wade should continue to be the law of the land. Many PACs, non-profits, and NGOs have a concerted interest and motive in spinning out the worst case scenario. That what keeps them funded and in business.

Political parties and those allied with them do the same. When I first moved to Washington, I worked an internship at a 527. It was partially my responsibility to take survey data from donors and manually enter it into a spreadsheet. Every donor large and small was mailed a series of questions, along with an opportunity to donate money. We received no dearth of opinions. The form had, frankly, exaggerated the severity of our financial need.

Had the survey been worded in a Buddhist format, immaculately crafted open-ended questions begging for serenity and peace of mind would have been found instead. The problem with this approach is that it would not have increased our donations. An impending snowstorm produces a phenomenon known as panic buying. Over time, people have realized that the same effect is true if you scare people enough to open their wallets.

I firmly believe that at least half of the political organizations in Washington were designed to make themselves redundant, but have decided to set up shop forever instead. That is my answer as to why Washington is broken. Value in suffering exists, but we must first be receptive to hard truths and tough love. We are an experiment in democracy and our own death has been predicted a million times. Let's refrain from sounding the same tired refrain once more.

As it is written, which of you by being anxious can add a single hour to your span of life? Forgive me for saying this, but these are not transformational times. Instead, ours is a brittle, cynical, confusing epoch. This is not the first occurrence and it will not be the last. When it is our turn again, we must hold fast to our successes, knowing we must make the most of the time we have. This is true for life and it is true for politics.
Posted by Comrade Kevin at 9:00 AM