I certainly respect the views of those who argue for impeachment, particularly in light of the recent revelations about secret CIA prisons.

Still, I do not at this present moment believe that Impeachment would accomplish its aims. Has the President committed impeachable offenses? Certainly. If the world was a fair place, he would have been brought to trial long ago.

Even if both Houses of Congress return to the control of the Democrats come November, I do not believe the I word is a worthwhile endeavor. Impeachment proceedings are laborious affairs that prevent important legislation from being enacted; government grinds to a halt. And in this world of global terror, we need some sort of stability at the top. A chaotic, distracted executive branch could leave us even more unprepared than we were before 11 September 2001.

As unpopular as President Bush is, I foresee his trial as being lengthy, frustrating, inconclusive, and counterproductive. I see an American electorate growing as weary of it as it has grown weary of the Iraq war and high gas prices.

I need not remind all of you that even a chief executive as obviously guilty as Nixon fought off Watergate for two whole years until the bitter end. Are we prepared for that again? As uncertain and challenging as times have been recently, do we wish to return to those days?

In crisis situations, people seldom make correct decisions. Instead, they opt for knee-jerk reactions that prove to be destructive in the end. This reaction is the reason why the Democratic party has been in chaos for the past twenty-six years. 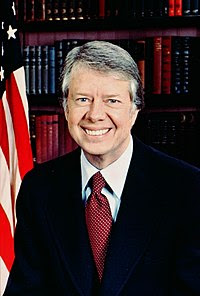