Vietnam versus Iraq: A Fair Comparison (Part I)

When I was in grad school, I was introduced to the writings of a noted historian by the name of C. Vann Woodward. Woodward quickly became one of my heroes.

For brevity's sake, I'll let you read more about his credentials here.

In 1968, shortly after the Tet Offensive, Woodward wrote an addendum to a essay he had originally written in 1952. Entitled "A Second Look at the Theme of Irony", the piece identifies many of the fallacies that have sadly been continued into this current conflict. Yes, I do agree that comparing Vietnam with Iraq is, by in large, an exercise akin to comparing apples with oranges. However, both apples and oranges are fruits.

Allow me to quote a few paragraphs directly from Woodward's original text:

The legend of national innocence as well as that of invincibility figured largely in the preoccupations of those who sought to justify the war and defend American policies. They disavowed the 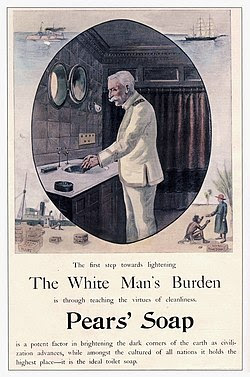 Unlike the European powers that preceded them in this area, America had no "imperialistic" motives. We sought not territorial aggrandizement, coveted no "colony", desired no subject people. 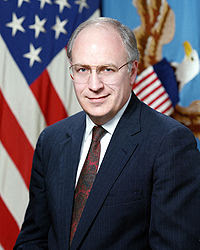 We came to liberate, not to enslave.

Our purpose was to assure self-determination and freedom. And above and beyond that, we pledged post-war reconstruction with munificent subsides for development, industrialization, and modernization.

We called it "Welfare Imperialism" if we used the latter word at all. Granted these policies served our national interests, they served equally the interests of freedom, democracy, and peace the world over. It was for these larger ends that we were lavishly spending blood and treasure.

Once the war was over, we promised prompt and complete withdrawal of our enormous forces--within six months, we said. Thus we demonstrated our guiltlessness and proclaimed our innocence. Our real motives were benevolent and and altruistic, we protested, and we showed clean hands to a skeptical world.

Opponents of national policy had many complaints and a variety of alternatives to propose. Broadly speaking, however, they were divided between those primarily concerned with defeat and those chiefly preoccupied with guilt and innocence.

On the extreme Right were those so appalled by the suggestions of any solution short of total victory as to oppose rigidly any sort of compromise, concession, even negotiation. To them such approaches to war smacked of weakness and defeat and were unworthy of our tradition. For the same reasons they distrusted the inhibitions of limited-war policy, along with all the self-imposed restrictions on target, weapons, manpower, and areas of operation. Their philosophy held that the purpose of war is victory, and that all means to that end are justified.

The only valid limitations on the doctrine of hot pursuit should be capture and surrender. To them a "no-win war" was abhorrent. If the price of victory be the risk of precipitating war with mightier powers, then that must be accepted. If escalation in weaponry be an inevitable consequence, then it had best come while our own arsenal of "unconventional" weapons was the largest. If that meant a nuclear showdown in the end, we were better prepared for that now than we might be later on.
Posted by Comrade Kevin at 10:19 PM