The Lesson of History

With all her terrible power and new responsibilities, combined with her illusions of innocence and her legends of immunity from frustration and defeat, (see right)

America stands in greater need than she ever did of understanding her own history.

Our European friends, appalled by the impetuosity and naivete of some of our deeds and assumptions, have attributed our lack of historical sophistication to the lack of a history--in their sense of the word.

For the fear that haunts Europeans is the fear that America's lack of a common basis of experience and suffering will blind her to the true nature of their dilemmas and end by plunging them into catastrophe. But the Europeans are not entirely right.

America does have a history.

It is only that the tragic aspects of that history have been obscured by the national legend of success and victory and by the perpetuation of infant illusions of innocence and virtue. America has had cynical disparagement of her ideals from foreign, unfriendly, or hostile critics. But she desperately needs criticism from historians of her own who can penetrate the legend without destroying the ideal, who can dispel the illusion of pretended virtue without denying the genuine virtues.

Such historians must have learned that:

1. Virtue has never been defined by national or regional boundaries
(Regardless of what Karl Rove and Dick Cheney might say).

2. Morality and rectitude are not the monopolies of factions or parties. (See above)

They must reveal the fallacy of a diplomacy based on moral bigotry, as well as the fallacy of of one that relies on economic coercion through the fancied indispensability of favored 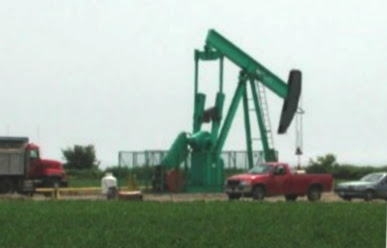 Their studies would show the futility of erecting intellectual barricades against unpopular ideas, of employing censorship and repression against social criticism, and of imposing the ideas of the conquerer upon defeated peoples by force of arms.

Such historians would teach that economic systems, whatever their age, their respectability, or their apparent stability, are transitory and that any nation which elects to stand or fall upon one ephemeral institution has already determined its fate.

The history they write would also constitute a warning that an overwhelming conviction in the righteousness of a cause is no guarantee of its ultimate triumph, and that the policy which takes into account the possibility of defeat is more realistic than one that assumes the inevitability of victory.