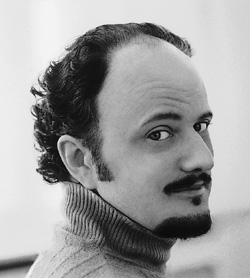 This passage comes from the newly released November 2012 edition of Friends Journal. Enjoy!

There were a lot of things to admire about the Quakers. They had no clerical hierarchy. They recited no creed, tolerated no sermons. They’d established equality between the sexes in their Meetings as early as the 1600s. Just about every American social movement you could think of had been supported and often spearheaded by the Quakers, from abolition, to women’s rights, to temperance (O.K., one mistake), to civil rights, to environmentalism.

This paragraph goes on to admiringly note Quaker simplicity, ecumenicalism, pacifism and an inclusiveness that “makes room for Mitchell,” one of the novel’s three main characters. In the silence of the fictional Prettybrook (N.J.) Meeting, Mitchell seeks solace and, unexpectedly, experiences an epiphany that resolves a personal crisis that had both spurred and blocked his life’s journey.

A Pulitzer Prize winner and famous novelist, Eugenides has probably introduced more people to Quakerism with this final chapter of his book than all official Quaker outreach combined.

How did this Princeton professor and acclaimed writer ended up using Quakerism as a key plot device? I spoke with Jeffrey Eugenides to discuss how he became acquainted with Friends worship.

He told me that at Rhode Island’s Brown University, where he (and Mitchell) attended college, he and a Jewish friend from Chicago started going to the nearby Providence Friends meetinghouse. “I was taking a lot of religious study courses and going to lots of different religious meetings and services just to see what they were like. I wasn’t brought up religiously so was quite ignorant.

Of course, in those days (the early 1980s), one often started with the sort of eastern meditational aspect. I did transcendental meditation when I was 14 years old, as did almost every member of my family. So I was accustomed to the idea of quiet and silence.

The idea that this sort of practice existed in the Christian tradition, which was what I was born into, appealed to me. That one needn’t go to the east to find such practices is the main thing that attracted me.”

He has visited several meetings, including one with four people held in a Detroit steelworker’s living room. The simplicity and cleanliness of the services appealed to him as did the fact that his Japanese-American in-laws recounted stories of Quakers coming to see them off as they were sent to World War II internment camp.

He dismissed one reviewer’s criticism that Quakerism was “comfortably neutral,” saying Friends’ many stands for social justice, “are, in a way, the most radical and uncomfortable of all.” Eugenides added that one shouldn’t mistake “lack of vociferousness in the meetings for a lack of true inner-discipline and true commitment to living their lives according to the tenets of their faith.”

When reminded that Quakers traditionally rejected novels because they were not literally “true,” Eugenides said, “I think fiction allows you to say things you might not be able to otherwise: you assume a mask that, paradoxically, allows you to reveal yourself. . . .To get the reader to believe your story, you have to be accurate about the way people think, dress, speak, and behave. Tolstoy was one of the greatest truth-tellers that ever lived and, for the same reason, one of the greatest novelists.”

But Quakerism appeared in his novel because of its “appropriateness not in my own life but in what’s happening for my characters in their lives. It seemed to me that Mitchell’s search for a spiritual home might lead him to the Quakers.” He says that Mitchell “wanted solace and peace and, he hoped, an inspiration—a real connection with the spirit.”

In thinking about why, if many like Mitchell are seeking a spiritual home, Quakerism isn’t thriving, Eugenides mused, “In a certain way, Quakerism suffers from some of the problems that literature does. It demands a certain solitude and certain patience and there can be dull stretches. If you are not acquainted with meeting and you go there and sit for an hour in silence—it’s not easy for everyone to do that.

People do like being distracted by a choir singing or perhaps an interesting or a funny sermon—the kind of thing that happens in other churches. Or even a recitation of prayers can get people through a mass. So it’s not the easiest or the most entertaining form of worship.

But, on the other hand, it seems very much suited to a modern sensibility. I don’t understand why it wouldn’t be more popular. I think there are fewer hurdles to jump over. You aren’t demanded to accept certain tenants from the get-go that may seem irrational. I would think that would appeal to a lot of people now.”

It would if Friends ever let seekers know they exist! But that’s not Jeffrey Eugenides’ problem. He’s done his part. Now it’s time for Quakers to do theirs so that seekers like Mitchell (and his creator) can find their spiritual home.
Posted by Comrade Kevin at 3:57 PM