Primarily for my Quaker audience. 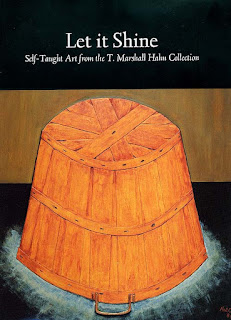 The election season now mercifully over, we can next draw some conclusions.

Obama won, in large part, due to changing demographics. Regardless of other theories dangled by the media in front of the American people, a very simple rationale is in force. Populations have shifted away from the Rust Belt in the north to the Sun Belt in the south. The long promised power of the Latino vote is now a reality. Plainly put, the United States is a much more ethnically diverse country. What we experienced last night is only the beginning of a trend.

Now to Quakers. How will Friends adapt to these inevitable changes? A still-predominately white, increasingly gray-headed Society of Friends must stay pertinent if it wishes to survive. Much as the Republican Party can no longer rely on white men and white women to carry it to victory, we can no longer depend upon our own tried-and-true constituency. Voices have been telling us to take this path for years, but we have been either unwilling or unable to do so.

How will we reach out to the world beyond the four walls of the Meetinghouse? Will it take us growing dangerously close to obsolescence first? A radical rethinking of a sort would seem in order.

Our regional enclaves are in the Mid-Atlantic states and New England. These areas have had a sustained Friendly presence for centuries. But even they have shed membership over time. Scattered throughout the rest of the United States are pockets of Quakers here and there. Do we want to only retain what we have, or are we willing to extend our message to Friends who may not look, act, or talk as Quakers as supposed to do?

For years, we've been discussing the inevitable. And now, Friends, the inevitable has arrived. How do we stay pertinent and on the cutting edge? One branch which calls itself Quaker believes deeply in mission work, some of it in Africa, some in Latin America. Those who find the practice distasteful when conducted overseas need to do some of it here at home.

The mission work we need most is here in America. Fears of proselytizing must be put aside. Discomfort with organized religion must be shelved. We have a compelling message to share with the world.

In the Gospel of Luke, Jesus teaches,

"Your eye is the lamp of your body. When your eyes are good, your whole body also is full of light. But when they are bad, your body also is full of darkness. Make sure that the light you think you have is not actually darkness. If you are filled with light, with no dark corners, then your whole life will be radiant, as though a floodlight were filling you with light."


We may have confused light with darkness. Reevaluating ourselves is the first step towards greater illumination. If we want to survive, we cannot rest on our haunches. It is possible to get too comfortable with the status quo. The one variable that has been the nemesis of many Friends is time itself. Time sneaks up on us because of its plodding, incremental pace, but sooner or later, we wake from our daydreaming to find that it is here in front of us.

The clock is ticking.
Posted by Comrade Kevin at 1:45 PM