Financial Reform Should Be Adaptive, Not Punitive 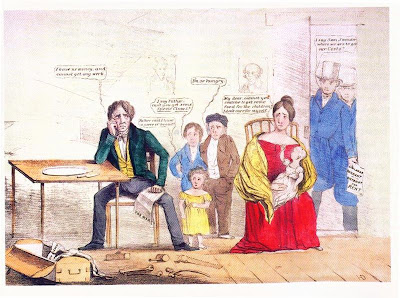 Flying under the radar to a large extent is Congress' attempt to reform and regulate our country's financial system. The yeas and nays are quite predictably divided along party lines and several powerful entities who stand to lose from reform have, of course, loudly registered their complaints. Thus far, the going has been slow, in part due to internal Democratic party squabbling and a failure to find consensus among high ranking committee members of different parties. Despite this, it is far more likely that something soundly sweeping and resolute will arrive from fiduciary legislation than the hyper-politicized, emotionally overwrought, and contentious Health Care bill now currently dwelling in a state of hopeful limbo. This is in part due to the fact that the struggle to reform monetary policy doesn't hold nearly the same degree of attention in the eyes of the public. Yet, as would be expected, allegations have surfaced claiming that certain crucial legislators actively involved in the process have deep pockets and a willingness to court conflict of interest-bearing accounts.

We often refer to corruption as though it is some relatively recent development unique to our times. This is part of our compulsion to assume that we live in the worst of all possible worlds and that the past promised a purity never to be regained in the modern age. Not so, not so. Looking behind us a few decades, if not a few centuries, will reveal a wealth of similarities between these days and others. Though the scope of lobbyist influence and dubiously ethical campaign contributions are the latest bone of contention and face of evil, the basic concept has never changed. In particular, the story of the Second Bank of the United States and its dissolution can prove to be instructive. Established following the War of 1812 to shore up the value of the dollar, curb inflation, and to manage the nation's massive debt incurred after the conclusion of a conflict with no clear winner or loser, the Bank of the United States achieved its stated purpose, but like so many financial fixes it also provided short term success and long term woe.

After the war, despite the debt, the United States also experienced an economic boom, due to the devastation of the Napoleonic Wars. In particular, because of the damage to Europe's agricultural sector, the U.S. agricultural sector underwent an expansion. The Bank aided this boom through its lending, which encouraged speculation in land. This lending allowed almost anyone to borrow money and speculate in land, sometimes doubling or even tripling the prices of land. The land sales for 1819, alone, totaled some 55 million acres (220,000 km²). With such a boom, hardly anyone noticed the widespread fraud occurring at the Bank as well as the economic bubble that had been created.[3]

It should be noted that the Bank of the United States was not a national bank owned and managed by the United States of America. It is fortunate that the term "socialism" was not coined until a few years later, else its opponents lob that charge in its direction. It was, instead, a privately held banking corporation that happened to be the repository of the entirety of federal tax revenues. As one might concede, the massive amount of control, influence, and capital it had over the federal government as a result sent Jacksonian Democrats into a tirade. However, the bank's National Republican supporters stood firm. That genius public speaker, living legend, and intransigent Jackson opponent Senator Daniel Webster of Massachusetts was on retainer as the bank's legal counsel and was also Director of its Boston branch probably made absolutely no impact upon the proceedings, nor did the fact likely influence his allegiance. That several other Congressional leaders periodically received large loans from the bank in exchange for their votes, since extending the bank's charter required periodic congressional resolution was also an inconsequential, trifling matter.

Eventual Chief Justice and Dred Scott decision maker Roger Taney served as Attorney General and Secretary of the Treasury under Andrew Jackson before winning confirmation. His own recollections of the workings of the Bank are as pertinent and revealing now as they were then. In particular, Taney noted how a congressman sworn to oppose the institution one day cast a rather surprising vote in its favor the next. As it turned out, the Bank granted him a loan of $20,000 on generous terms, no small sum for the 1830's. Instead of coming down harshly on the congressman, Taney takes a more philosophical stance, attempting to understand the power of rationalization and the inner workings of the mind rather than overt moralizing.

Now I do not mean to say that he was directly bribed to give his vote. From the character he sustained and from what I know of him I think he would have resented anything that he regarded as an attempt to corrupt him. But he wanted the money, and felt grateful for the favor, and perhaps thought that an institution which was so useful to him, and had behaved with such kindness, could not be injurious or dangerous to the public, and that it would be as well to continue it. Men when under the influence of interest or passion often delude themselves thoughtlessly, and do not always acknowledge even to themselves the motives upon which they really act...It was one of the dangerous arising from the mammoth money power, that its very duties as collecting and disbursing agent brought it constantly in contact with members of Congress and other public functionaries and made it acquainted with their wants and enabled it to place them under obligations and create a feeling of dependence and even gratitude without the direct and offensive offer of a bribe.

To backtrack a few decades, one needs to understand the mistakes of the First Bank of the United States and how its failure influenced the construction and formulation of the Second. Then, as now, economists were split as to the ways to revive the economy and shore up the system to prevent future failures. Recessions, as evidenced by our current one, have a multitude of causes and a combination of events in tandem are what dictate severity. Predictably, economists are often split along ideological faults since political allegiance dictates where one assigns blame. It is another instance of wishful thinking on our part to assume that some school of thought or occupation deeply rooted in politics and indebted to allegiance might either rise above or be utterly unaffected by partisanship. What few can argue, however, are the facts.

In the summer of 1818, the national bank managers realized the bank's massive over-extension, and instituted a policy of contraction and the calling in of loans. This recalling of loans simultaneously curtailed land sales and slowed the U.S. production boom due to the recovery of Europe. The result was the Panic of 1819...[4]

Most economists agree that this was the first instance where a market based economy in this country began its inevitable cycle of boom and bust. What transpired as a result of this Panic were that many people lost substantial sums of money, unemployment soared, and it took years for the country to dig its way out. Returning to the present day, each time a recession or severe economic downturn hits, there is always a renewed push among some to favor specie (gold or precious metals) over paper currency. Recently, Ron Paul and many Libertarians proposed a return to the Gold Standard and to a solid backing of debt rather than the speculative system now in place. This same distrust of monetary policy led President Jackson and his followers to be initially suspicious of the Second Bank and when instance after instance of corruption and quid pro quo came to light, he vowed to kill it, and through force of will and stubbornness, he inevitably did.

A sweeping example of uncompromising executive power, Jackson's act also ushered in the pervasive and persistent notion of populism, whereby the desires of the monied elite were pitted against those of the exploited masses. The President's supporters initially cheered the decision to dissolve the Bank as a victory for the average citizen. His opponents grumbled amongst themselves and made the first efforts to form their own party, one which would be known as the Whigs. However, it needs noting that the only thing truly unifying them together was hatred of a common enemy in the form of Jackson. The never-healed, nor resolved deep fissures within the Whigs proved to be their undoing, and the party had relatively modest success on a national stage, eventually dissolving and being absorbed into the new Republican party around the time of the Civil War.

An unforeseen consequence of the demise of the Bank was a destabilization of the entire financial system which contributed to another Panic, this one beginning in 1837. Some scholars assert that had the Bank been allowed to stay in existence, what became a five year recession would not have occurred in the first place. Others believe that the decision had a minimal impact and that other trends and causes were to blame. Still, the lesson to be learned from this is that, despite the undeniable scope of unethical conduct perpetrated by politicians, making a change too sweeping without a firm sense and understanding of how to skillfully and lastingly rebuild a house of cards on sounder ground is bound to have negative consequences. Financial systems in our modern economy are beholden to trends, currents, cross-currents, and influences that are both complex and completely in flux at all times. We have seen recently the destruction of unilateral decisions made impulsively and how their detrimental impact lasts well beyond the tenure of person who put them into place.

Establishing sufficient regulation and sufficient safeguards have serious limitations because of the way the system is structured. The value of almost every commodity is up for debate and one need only consult the exchange rate between foreign currencies to observe that. At this moment, the value of the U.S. dollar is changing value slightly, but nonetheless notably from second to second, minute to minute, hour to hour. Provided our markets and other world markets happen to be actively trading, this is to be expected. No amount of well-meaning legislation will prevent another recession, unless it proposes a credible way to address human fallibility. However, this does not excuse complicity with the very entities reformers and regulators seek to hold accountable for their actions, either. What this does mean is that financial reform needs to start with an educated guess that will undeniably have to be revised over time. Greed finds a way to reassert itself, but so do the flaws in a supremely complicated system beholden to influencing events no one can predict ahead of time. Some will guess correctly and some will guess incorrectly, but the best strategy is to be adaptive rather than punitive.
Posted by Comrade Kevin at 9:20 AM