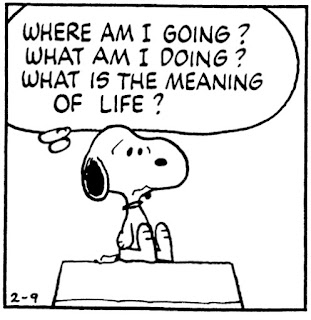 The bitterness of the past Presidential election and Trump victory have knocked me off my moorings. It's not this big existential liberal dilemma as much as it is a lack of writing material and a great unknown facing me. I don't want to write a hit piece on Trump every day, even though there will be great opportunities for righteous indignation arriving on the scene soon. Part of it is that I'm not physically and mentally sound at the moment.

About every three or four years I switch therapists. It's nothing personal against my past provider. I've observed what her limitations are and have decided to try again, seeking a new skill set and range of possibilities. She's the first true PhD psychologist I have seen in probably ten years, having relied usually on LCSWs, even those with tons of experience and multiple degrees. The true PhDs can be pricier and more exclusive, or not take insurance at all. This time around I probably sent out ten inquiries to prospective therapists and got two prospective leads. This one seemed to be the best fit.

The new therapist appears to be in her mid-fifties, a native both of the South and New England, with a personality that is quirky and a little introverted. She specializes in adult ADD, which is a condition that I fortunately don't have. During our first interview in the get-to-know-you period, she mentioned she had a snake-handling (her words, not mine) part to her personality and personal spirituality. I'm curious to know more what that means. Apparently her husband was once a Methodist minister. As a person of faith, I find that a comforting notion, meaning she can understand the importance I assign to that part of my life. I was raised a Methodist, so I'm familiar with that language and liturgy.

The past therapist was kindly but could be a little emotionally distant at times. Being married to a Briton might have been part of it, but though always kind she did not always encourage easy introspection. I found her personality getting in my way from time to time. I was never fully comfortable with her for the whole of our time together, which I thought I would get over eventually. She could be hand's off to a fault with judgment and when I expected more involved engagement, which is not to say that she is not proficient at the craft, but that I probably outgrew her. Some personalities mesh more effectively with others. I'd love to find a perfect meeting of the minds that lasts for years and years, but I've never found it yet. Some people keep their same therapist for decades, but it's never worked like that for me.

In short, I'm depressed again. The last 34 sessions of Transcranial Magnetic Stimulation were effective, but not enough. I meet tomorrow evening with a doctor to get another 36 on the way. I've been able to manage with a fraction of the antidepressant medication of I had to take before. That is a significant improvement. I don't have the scary dipping lows that I used to experience. The doctor is going to have to be emphatic to the insurance company of why I need a second round to get it to cover the new sessions. It will require a lot of jargon and finagling on his part, but soon I'll start my schedule of regular weekly travels again. If the first round worked so well, I'm optimistic that the second will be as successful.

Each session costs $300-$400. I'm fortunate that I live in a region of the country where the machines are available and insurance plans cover the treatment. This same method has been proposed as an effective treatment for my mother's condition, but as a condition of getting started, the one provider with a machine demanded $7000 up front, which isn't affordable. It makes me mad, but there's nothing I can do about it. These are the benefits of living on the East Coast.

As I return to how I started out, I remember the therapists who have treated me over the years. My favorite was a middle-aged Canadian woman who I used to burn CDs for, back in the days that we did such things for each other. I was alone on my own in a big city, a very bad relationship just concluded. No one ever took the time to get to know me as much as she did, or maybe it wasn't as difficult for her. When I had been recently treated so cruelly it would have been impossible to not love someone who provided a steady diet of positive reinforcement and effective guidance.

I wrote the last time about my partner's grieving process. That continues at a pace that I cannot control, even if I might want. She zones out in front of the television or breaks into quiet moments and I try to give her the space she needs. This is a new thing for me as it is for both of us, but at least we only have to go through this one time. I'm hoping it will be several years before her father passes away. I was ready to be at her side through the passing away of parents, but anticipated it well into my later adulthood. None of us knows the time or place, as the saying goes.

I'm going to conclude for now. Writing has been difficult recently, for a variety of reasons. I will try my best to put up a substantive post every week or few days.
Posted by Comrade Kevin at 1:22 PM