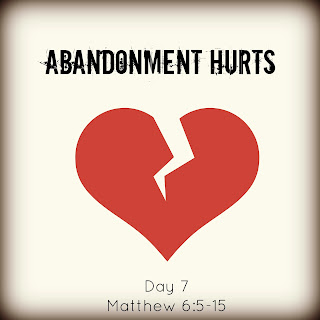 I'm not going to write about everything in my life. Though I have more than ample reserves to pull from, this blog is too public a forum for that. Much to my disappointment, my new therapist called in sick today, begging off to reschedule for tomorrow. I have in my mind how I'll introduce the information I intend to convey tomorrow. It's a sad story of cause-and-effect, and I think would be true for anyone who had been forced into a sexual environment at far too young an age. The problem is that the problems created don't wholly go into remission.

About six years ago I decided to confront childhood trauma through a specialized form of therapy. It is called Eye Movement Desensitization and Reprocessing (or EMDR, for short.) I was quite enthusiastic about it, even saving up money for the expensive sessions, which were $150 a piece. Insurance did not cover them even a penny. In theory, this method would finally allow me to move past the pain of the past. What it ended up doing is heavily destabilizing me on a strong emotional and psychological level.

At the time, I was trying to organize a Young Adult Quaker group and I regularly took e-mail addresses of interested parties. Unfortunately, the traumatized part of me later reached out to complete strangers with intense pleas for help and assistance. After collecting their contact information during the day, a dark night would eventually come and I would feel a compulsion to reach out. I'd e-mail someone like this. Help me! Help me! I'm in so much pain. Can you do something?

I know it's odd to receive an e-mail like this from someone you barely know. And I received a variety of responses. Some people were cold as fish or shocked and pushed me away immediately. (A few of them wrote for a prominent online Femininst publication) Some felt that I was creepy and spread word along similar lines. Some were afraid. But these do not comprise every response. I'm thankful for the people who weren't scared off. I'm grateful for those who knew that I wasn't well and directed me and healthy solutions. That is really all we can do when we find others who we know are in suffering and pain. If we can, we should give them avenues to help heal themselves. And, of course, in my situation, a basic understanding of the forms mental illness takes would have been of fantastic value to anyone reaching out and certainly those seeking to judge me.

Several people became afraid of me. I was in the middle of the chaos and unable to articulate what was really going on to anyone else. It wasn't until sessions ended months later and my head cleared that I made sense of what had happened. I had no knowledge of what happened and have only been able to piece back what transpired through old e-mail records. To this day, some people think I'm a harasser of other people because they didn't understand (and still don't) know to deal with a person in severe crisis. Would it have been too much to ask for people to not automatically jump to the worst case scenario? All is not what it seems to be here.

Don't get me wrong. The world that young women, in particular, face is difficult enough. The vulnerability they display to the world does not guarantee safety. But rather than seeing everything automatically as a threat, I'd prefer we not scare the hell out of women in every circumstance to secure their safety. I wasn't anything to be anxious or worried about it. I was just a really sick man, one about their age, who just wasn't well enough to state his needs sufficiently and get the medical help he needed. And for that, I suffered and was labeled some terrible things by people who didn't bother to understand the situation enough before they rushed to judgment.

Back to what I was talking about before, the issues with boundaries and crisis have roots that begin very soon in life. I'll begin at the beginning tomorrow afternoon. I'm trying yet again to be more comfortable around men. Because men abused me, my trust and comfort level with them is not very high. This then places me around women, who have a tendency to not understand a physically large man and his emotional struggles.

Nothing makes me guiltier than to have scared and frightened women who feared for the worst with me. If only I could have let them know that their concerns were baseless, and that I am always more a harm to myself than to anyone else. I hate that other men have led validity to fears like these. I can be an advocate and an ally speaking against this sort of objectionable behavior. But the lesson here is that we can paint with too broad a brush here in seeking to specify what means "dangerous".

I fume with anger at the serial abuser, because I have known them within my own family and I know how real their violence and rage are. Those are not my stories to tell, but I have known them, and experienced them in the faces of family members I loved. One of my sisters speaks out openly at her abusive ex-husband and I'm proud of her for being vocal about domestic abuse. Things are not nearly as cut-and-dried as some might want to believe.
Posted by Comrade Kevin at 1:23 PM