When Transgender Became Real for Me 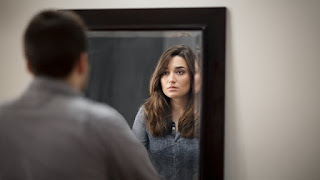 Nearly twenty years ago, I was a freshman in undergrad. As part of my major requirements, I took several history classes. In time, I drew the attention of a woman seated on the opposite end of the classroom. She flirted with me and I responded in kind. Though she ultimately intended to tell me herself, she must have made it quite plain to others that she had a crush on me. It turns out that our professor got to me first. Quite by coincidence, he happened to drive by me while I was seated outside of a Blockbuster Video store (remember those?) and shared the news. I was flattered that she’d thought so highly of me and contacted her by phone, in the pre-text messaging era.

Plans were made to meet, to see if we were compatible. I had high hopes. At the time, barely twenty years old, I was still living at home. My grandparents had been present with us until they passed away, leaving behind a basement apartment that my father had built specially for them. It was a space that I now repurposed as my own.

The date arrived. After a pleasant day of sharing company, I steered the two of us towards our final destination. She was not opposed to a private display of affection. Yet, in the middle of it, she told me emphatically that we needed to stop. Aware that she was very uncomfortable, I did as requested, but felt rejected and confused. Nothing like this had ever happened to me before and I wasn’t sure how to take it. Was there something wrong with me? I reflected for several days how disquieting and jarring the experience had been, but took it mostly in stride.

One might think that this is the end of the story. Strangely, it wasn’t. The affection and fondness we’d initially felt for each other never subsided. Though I expected us to part ways forever, she wanted us to remain friends. That was easily done, except that the sexual attraction between the two of us never dissipated, either. As best as I could reckon, she might have had issues with trust and intimacy. But at any rate, we’d at least tried it and found that it wouldn’t work for us.

A few weeks later, I saw her outside of a big multi-plex theater on yet another date. We exchanged pleasantries and parted ways. She said that she was continuing to seek available men, but never seemed to find one she wanted. A few months later she dropped the bombshell announcement that wasn’t. She finally came out of the closet as a lesbian. Now she was seeking available women.

The news did not shock me, and confirmed neatly why I had been rejected. It wasn’t the first time that I’d seemed like a good compromise measure to a closeted lesbian and I was not devastated. Shortly thereafter, she found a girlfriend, with whom she is, I’m pleased to say, with this very moment. And yet, the attraction between the two of us never really faded into the black. It went beyond a mere platonic familiarity or a fond memory of a different time. I was still attractive in her eyes and she plainly let me know it. This was perplexing in a different way.

A note: before I go any further, be aware that I’ve made a deliberate choice with my use of pronouns. I’ve used the feminine until now because, when I knew him, he identified as female. Front-loading this crucial distinction would have ruined the effect for those of you reading this, assuming you hadn’t already guessed it. From now on, I will use masculine pronouns.

Eventually, I received the full story. He told me that he had felt uncomfortable with his own gender identity, which produced the earlier, visible awkwardness. I appreciated the greater context, which inspired me to begin learning about transgender topics, identity, and the politics that surround it. They continue to this very day. I have learned much already, but in many ways I haven’t even scratched the surface.

In the beginning, I’m sad to say that I associated transgender in my own mind as merely a sexual kink. I shrank back from it a little, but knowing someone in my own life went a long way. What made my basic comprehension easier was his own deliberate choice of maximum visibility. He determined from the beginning that he would put his transition on public display, day by day, week by week.

I followed up with him step-by-step as he saved for the money for top surgery. I observed the slow, but inevitable progress of each day by way of YouTube video. I hoped and wished along with him that testosterone would be as effective as possible. I celebrated with him as he developed more masculine features, resembling the way he’d always wanted to look physically. But along with these developments, I also experienced vicariously the angst and pain of informing two transphobic parents. His decision was often a lonely one.

Now I am pleased to say that he is a well-regarded professor and transgender activist. Some months ago, he recorded his first TED talk. Being such a highly visible face is a courageous decision. His honesty has given me and others the ability to understand in concrete, not abstract or academic ways. I’ve seen him grow up in front of my very eyes. When I knew him, he was not nearly as empowered or self-confident. His example has inspired me to stay honest and dare to be vulnerable with the outside world.

And then there’s something else. Like a lot of queer men, my gender seems to fall somewhere between male and female. Though there are times that I feel more female than male, gender reassignment surgery has never felt fitting. Skeptics might call my notion of split or unresolved gender identity into question, but I can only offer myself as proof. Being some distinctive and absolute flavor of LGBT is a notion that has never sit with me well. Being able to check one box or the other would be convenient, even preferred, but to deny who I am would be unfair to myself.

Above all, I’ve learned from him. He has validated my own inward struggles and at times almost paradoxical sense of myself. Even though he’s changed his body, his regard for me has never gone away. The operation he underwent did not remove his fondness for me, nor did it drive a wedge between us. That might be the most profound realization I have uncovered with time. No physical change could ever replace our history together.

Past behavior remains persistent fact, revealing much about how we feel about who we are and what we have become. But, good or bad, we have to live with it and we have to live with ourselves. We may rebel against the environment in which we were raised, or the gender expectations of where we started out, but we have to make our own way. His way is my way. His struggle is, in large part, my struggle, too.

Sometimes the path in front of us has never been cleared. If we are lucky, we can rely upon the roads and byways that others have made before we arrived. At times, we must bushwhack and hack our way through thick underbrush and challenging circumstances. The journey we take is both a public one and a very private one. It requires careful discernment, patience, dexterity, and humility. To be brutally honest, no one’s experience comes easily or without trial and error. Such is life.
Posted by Comrade Kevin at 10:47 AM