A Moral Imperative: Rescuing the Stuck 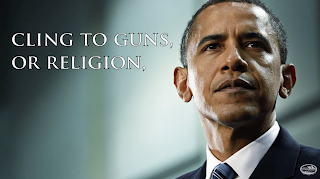 It may be instructive at this late stage of the Presidential Election to look at the long view, to spy where we are now from where we started out. All four of my grandparents were proud New Deal FDR Democrats from their early life until when they passed away. Collectively, they formed a great coalition that lasted for a generation. Working class people like they themselves believed that the Democratic Party had been the only one to look out for the needs of poor Americans. Though some would claim that what they thought was merely clever spin and persuasive rhetoric, they were not alone in that sentiment. For decades, most Southerners voted a straight-ticket Democrat ballot. Alabama was a one-party state for thirty to forty years, a place where Republican opposition was nominal, limited to a few outlier counties in the north of the state, and the result of the Republican Primary was inconsequential.

The Solid South has remained generally one color or the other since 1932, though it is has flipped party affiliation over the past few decades. From deepest blue to darkest red, most of what we collectively call the Deep South might be audaciously termed “The Stuck South.” But before I go too far, there are stuck voters everywhere, be they in Appalachia West Virginia coal country or the rust belt of Ohio. President Obama got in trouble a few years ago, labeling voters like these as bitter, clinging to their guns and religion. The remark did not offend me, as I knew precisely what he meant, but the anger is real and this bloc comprises Donald Trump’s base.

Being stuck takes many forms. It’s not only the powerlessness of feeling disenfranchised and abandoned. It can just as easily refer to outrageously corrupt politicians and the lobbyists that nip at their heels. And it can especially refer to the venerated documents by which governments are instituted among men, as Thomas Jefferson famously wrote. Alabama’s state constitution currently contains more amendments than that of the Soviet Union. Due to an obscene oversight that has never been properly corrected, every ballot amendment must be voted on by the entire state on Election Day. Alabama contains sixty-seven separate counties, and many proposed additions pertain only to one specific part of the state.

Proving that cognitive dissonance is alive and well, Alabama’s whole system of government is evidence of needless waste, corruption, and complication. The same state politicians who have criticized Washington, DC, for a career need to remove the beam from their own eye before they remove the speck from their brother’s and sister’s. The era of big government is very much alive in well in the state of Alabama. Though many would challenge me on the facts and particulars, I’m sure it exists much the same way in Mississippi or Arkansas.

This past week I was in Atlanta. If Georgia is truly to be a swing state this election, its largest metropolitan area will color it blue. The city too busy making money to hate has introduced true diversity to a region of the country that resisted it for as long as it could. But if one peers closely enough, one can find easy evidence of those who are indeed stuck. Being stuck is a question of degree and where we focus our attention. A former textile mill or steel mill town might find its local economy decimated, its citizens demoralized. A city like Atlanta draws in enough tourists to provide additional income options like driving Uber or Lyft. Limited as this option is, it nevertheless exists and is simply not found in smaller towns and rural areas.

I am fond of quoting Gertrude Stein on subjects such as these. Regular readers should please pardon the repetition. “Money is always there”, she said, “but the pockets change; it is not in the same pockets after a change, and that is all there is to say about money.” Should we be truly stuck, we know that there are no available funds in our own pockets and bank accounts. To deny that millions of Americans out there are suffering should never be a talking point for either campaign. Rather, it is a sad commentary no economic system yet devised keeps people from slipping between the cracks. Conservatives and liberals disagree vociferously on issues like these, but boom and bust, famine and feast are polar extremes that cannot be avoided.

We vote in a matter of days. Every ballot we cast is based squarely on self-interest, and as much as we like to paint the past in a rosy, nostalgic way, it has always been this way. I am set to push buttons on a screen in a week or so for the candidate who, in my opinion, can get as many Americans unstuck from situations beyond their control. That way, they won’t have cling to anything to compensate for very real fears and insecurities.

Quoting the below passage of the New Testament has become hackneyed and cliched in religious circles, but I enclose it once more to make a point. It is included late in the Jesus story, towards the end of the Gospel of Matthew in a passage often collectively referred to “The Sheep and the Goats.” Explaining its larger theological point is unnecessary here, as the words themselves speak volumes.

"And he will answer, 'I tell you the truth, when you refused to help the least of these my brothers and sisters, you were refusing to help me.'


I am casting my ballot based on what candidate might best bring this imperative to the most who need help. But I’m not naive, either. We never know what any politician will do until he or she takes office. Over time, I have grown as cynical and skeptical as many of you have. If we place party allegiance first, it might be possible to create a brand new coalition. But my ultimate loyalty lies elsewhere. If we are Christians, we might dare to call that coalition the Kingdom of God. Still, those of us who are believers know that any system devised by humankind is imperfect and, even if successfully created, is bound to chip away with time. We have some grand old company in that regard.

One of my personal heroes, the historian C. Vann Woodward, concludes his masterful essay “The Burden of Southern History” like this.

America has had cynical disparagement of her ideals from foreign, unfriendly, or hostile critics. But she desperately needs criticism from historians of her own who can penetrate the legend without destroying the ideal, who can dispel the illusion of pretended virtue without denying the genuine virtues. Such historians must have learned that virtue has never been defined by national or regional boundaries, and that morality and rectitude are not the monopolies of factions or parties.

They must reveal the fallacy of a diplomacy based on moral bigotry, as well as the fallacy of one that relies on economic coercion through the fancied indispensability of favored products. Their studies would show the futility of erecting intellectual barricades against unpopular ideas, of employing censorship and repression against social criticism, and of imposing the ideas of the conqueror upon defeated peoples by force of arms.

Such historians would teach that economic systems, whatever their age, their respectability, or their apparent stability, are transitory and that any nation which elects to stand or fall upon one ephemeral institution has already determined its fate. The history they write would also constitute a warning that an overwhelming conviction in the righteousness of a cause is no guarantee of its ultimate triumph, and that the policy which takes into account the possibility of defeat is more realistic than one that assumes the inevitability of victory.