The Nanny State, One Driver at a Time 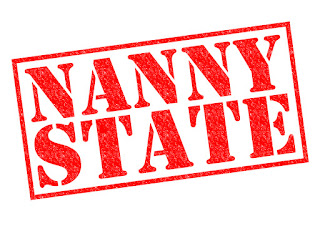 I’m not the sort of person who actively worries about the growing encroachment of government. Some of my friends and associates have Libertarian leanings, and I respect their views, though I don’t usually fret about such things the way they do. Most of the time I am far more fearful of unregulated capitalism, of corporate hegemony, of the inherent flaws and corruption in private enterprise and big business. Those are my regular bogeymen, but I must say that I now understand a little better why some are fearful of a mindset they fear is on the rise.

Today I renewed my driver’s license in the District of Columbia, where I reside. Seven years ago, the process was much easier and straightforward. I provided the clerk my active Alabama license, the state where I had lived before, which was promptly shredded right before my eyes. After providing basic personal information, like height, weight, eye color, and hair color, a new picture was taken and I was issued a temporary DC license. A couple of weeks later, the new one arrived in the mail. I’ve had it until very recently, until I recognized it was time to re-certify.

Going to the DMV is one of those adult responsibilities than everyone hates, but must endure. Little did I know how difficult the process would be. I had to provide no less than five separate forms of identification. My canary yellow-colored birth certificate came first, then my ancient Social Security card, a card that I had signed with pride in fourth grade and had partially bleached red when it ended up taking a swim in a washing machine. It is in dire need of replacement.

Following that, I had to share two additional pieces of information, both of them required in order to prove my residency. One of them was an recent bank statement dated within sixty days of that precise moment in time, that being today. The other was an active saving account statement that followed the same parameters. In truth, I could have chosen two of fifteen different options, but these were the easiest to find.

If I lacked any one of these five crucial documents, my application would not have been processed and I could not have received a new driver’s license.

The reason for these changes were said to be for security reasons. I have no doubt that the additional documentation made someone or some group of people less fearful and less afraid. The new requirements resembled a mini-background check for a government job, but it was also an opportunity to pacify skittish government officials and frightened citizens. It was many things rolled up in one. The process put in force a more efficient, structured system of documentation might conceivably help identify the next radicalized terrorist or crime network. Someone must have felt that demanding additional documentation like this might be worth the increased government vigilance and the added headache it caused every citizen.

But this is not all. Attention to detail like this restricts undocumented immigrants from lots of privileges: legally driving, registering to vote, voting in elections that require IDs to be provided before casting ballots, establishing formal residency in the District, and a variety of other basic rights granted to citizens. The logic of these new measures forces District residents to prove that they belong there: they work, pay taxes into the system, and are in the United States legally.

And there were a few other new and interesting wrinkles to the process. People with insulin-dependent diabetes and glaucoma were required to specify on their re-certification forms the nature and existence of their health condition. If any driver felt that he or she had limiting factors impeding his or her driving ability, these had to be noted on the form as well. The most novel new reform specifically targeted elderly drivers. Any driver aged seventy or older now must be checked out by a doctor and officially signed off on before he or she is allowed to get behind the wheel. Reforms like these have been debated for years. DC seems to have taken the plunge.

I left the DMV $47 lighter in the wallet, with an obligatory awful license picture, and full of unexpected reservations. Do any of these new restrictions really make us safer? For once, I’d like to have a political leader who would address immigration reform effectively, with some definitive, dignified answer. Instead, some leaders have decided to take a more punitive, more paternalistic approach.

Aside from that, I can only say, as I have said many times before, that we are living in an age of terrorism. Eventually terrorist tactics will prove ineffective and those who seek to harm and maim will pursue other strategies. I wish I felt more at ease with myself and the world around me, but I’ve always felt afraid of some unknown force out there.

That may be a very human affliction. The only thing that’s ever really changed is the word or term we’ve used for nerves and fears. Politicians and leaders prey upon our insecurities, as they are such an easy target. Yet somewhere the voice of sanity can be heard, and if we listen hard enough, we can be won over to a world not dominated by fear, not punctuated by constant anxiety and existential angst. This is our challenge.
Posted by Comrade Kevin at 2:54 PM