Wear It as Long as Thou Canst 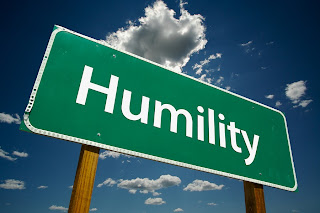 One of the ironies of my life is that I began it as a warrior and have now ended up a pacifist Quaker. My last name, Camp, originally designated a soldier. Genealogical research has informed me that my ancestors were originally ruthless Vikings who, somewhere around 900 A.D., took a liking to France. Having conquered and plundered the land, they settled there for a time, but not forever. Vikings never stayed anywhere for very long.

With typically restless spirit, these hardy souls became known as Norman French. In 1066, they took part in the first and to date only successful invasion of the island of England. Historians refer to the ultimate result as the Battle of Hastings. My ancestors changed the course of history, added a few persistent French words to the English language, then anchored down for several centuries in southeast England. As the New World opened up, the possibility of new lands and new experiences led several families with the surname Camp to take part once again in lengthy, interminable sea voyages.

Now to my own life. As a child, the brutality, power dynamics, pecking order, and violence of the playground were accepted as inevitable. I might not have been burning villages or asserting superiority, but I was fighting for my reputation. The system itself was built on dominance and submission, rivalry and challenge. Everyone knew his role. Older boys ruled. Younger boys tried to stay out of the way. Often they took their fears and aggression out upon the boys beneath them.

Not wanting to be thought of as effeminate I showed, at least superficially, the physical toughness required for survival. I did not shrink from hand-to-hand combat, as I'd been granted a healthy competitive streak. I accepted the bruises and the cuts. When someone else turned an ankle or broke a bone, I counted my blessings. Those who protested the system by running to sympathetic parents or teachers were punished severely for their transgressions.

I never questioned the hierarchy and the unwritten rules. Though the game was undeniably vicious, I never wanted to be on the sidelines. I was a good enough athlete to win the respect of other players and, like my forefathers, I was fearless in battle. The most detrimental practices are often those no one questions. They become consigned to the shadow of subtext, never a topic for discussion. My childhood frequently reminds me of the book Lord of the Flies, which I read in high school and understood perfectly.

A story often shared among Quakers addresses the nobleman and statesman William Penn. He is best known for his Holy Experiment, the colony of Pennsylvania. Before he received a massive land grant bearing his name, he struggled with his new-found faith. As befitting someone of his social rank, Penn was entitled to wear a sword. Now he had converted to a religion that swore to remove the occasion for all war. With a troubled conscience, Penn came to George Fox, the founder of the faith, for guidance.

Fox’s response was matter-of-fact. "Wear it as long as thou canst.” He implied that Penn would eventually resolve the crisis raging within himself. Eventually, Penn did indeed cast aside his weapon and everything for which it stood. The approach taken was far different than how we would conduct it today.

These days, we are more inclined to impatiently rush people to swear allegiance to one side or the other, one cause to another. This is particularly true for those we wish to dramatically influence, hoping that they might believe like we do. Everyone comes from a different starting point and possesses unique life experiences. The soft sell approach might be a better starting point than overplaying our hand.

I wore my own sword until I found I could no longer do it. Eventually, I adopted pacifism in keeping with Jesus’ teachings, the ones which are collectively known as The Sermon on the Mount. I found that my own metaphorical sword was weighing me down. It was a burden I saw fit to lay down for years, but did not adopt it until I was good and ready. This is sometimes a difficult reality for activists to accept.

“You have heard that it was said, ‘Love your neighbor and hate your enemy.’ But I tell you, love your enemies and pray for those who persecute you, that you may be children of your Father in heaven. He causes his sun to rise on the evil and the good, and sends rain on the righteous and the unrighteous. If you love those who love you, what reward will you get? Are not even the tax collectors doing that? And if you greet only your own people, what are you doing more than others? Do not even pagans do that?  Be perfect, therefore, as your heavenly Father is perfect.


It is easy to prepare false dilemmas for others. Us versus Them. Choose or Lose. We should take caution before our zeal steps in the way of personal choice. What we want to accomplish cannot always be reconciled by reading the right books or conforming to the right viewpoint. Our current do-nothing Congress is a case study in groupthink and gridlock. Nothing would make me happier than if someday soon a few courageous souls might lay down their sword. They have worn it long enough.
Posted by Comrade Kevin at 10:06 AM