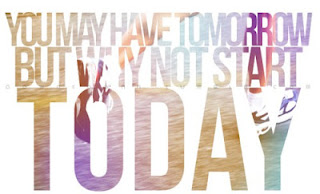 The still-ongoing Jerry Sandusky trial has been at the front of my mind this week. While the inspiration yet presents itself, I might as well use the emotions this entire case produced. What follows is fiction, though tinged with real-life experience.
___________

When I was a little boy, I used to play a game with myself. It was a curious sort of pastime, one equal parts terror and pleasure. Simply put, I believed that some person or group of persons was hotly pursuing me, with the inevitable desire to injure me severely. Naturally seeking to avoid this outcome, I tried a variety of evasive tactics I was sure would succeed.

Several times, I hid inside a pile of leaves for whole minutes at a time. My eyes stayed shut tightly, avoiding the sharp, scratchy edges. Sometimes I climbed to the top of a large maple tree, my entire body largely concealed by leaves and branches. I could only climb so far until the branches became too fragile to hold my weight. There I stood, silent and immobile, waiting, clinging onto the trunk for as long as an hour. My strength depleted, I slowly climbed down.

For whatever reason, the terror and paranoia that gripped me always eventually dissipated. I could almost pretend that there was something fun about the process. In my mind, my pursuers were ignoramuses, easily thrown off the path by the simplest of duplicitous acts. Though these evil forces always seemed five seconds away from apprehending me, the trail inevitably went cold at the last minute. Because of this, I won the ability to escape time and time again.

This fantasy, as you might expect, pushed back hard against the numerous instances where I could not get away from or evade my pursuers. At the base of the same tree I often climbed, the process began afresh nearly every afternoon. We played violent tackle football in the yard every day during the summer, excluding Sundays. The brutality could always be forgiven as an excusable part of a game. That which always followed was much more difficult to explain away.

My eventual destination was foreboding enough. The house was painted a shade of dark green, one which always appeared brutish to me, though I admit that I could not accurately articulate my feelings. Though I do not easily throw out words like evil, I do think it seems appropriate here. The residence was, from the outset, a holding pen where awful secrets were held and never shared, regardless of the circumstances. Only faintly do I remember the walk up to the front door, then inside, then a hard left past the living room into the master bedroom.

My sister, sadly, bore the brunt of what I had been made to feel. Anger has to go somewhere. In this case, I threw her bodily against the wall. I stood on her chest, jumping up and down, landing hard on her stomach. Invariably, I knocked the wind out of her. When breath returned, her cries grew desperate. I looked over my left shoulder to see my father looming over me, angry. He overheard the screaming and interceded once again.

Dad cleared the room, commanding my sister to leave, and removed his large leather belt. For months, I’d received a vicious whipping every evening around this same time each day. One would think punishment like this would leave its mark in more than one way. But every day I’d end up back at that grimy house, and the process would resume once more. Violence begets violence, even with the best of intentions. More physical pain was the last thing I needed, but it was the first thing I got.

The trauma of the abuse was therefore compounded by the reinforcing trauma of Dad’s belt. No one ever made the connection between the two. I was too scared to talk. I wouldn’t open my mouth again for over ten years. My sister broke the silence around five years before I did, necessitating a very awkward and probably unresolved dialogue between two children and both parents. Though never stated directly, my folks preferred that the two of us bury this unfortunate chapter in family history. We were to otherwise pretend it never happened. I was, I must admit, all too happy to follow suit.

Meanwhile, the perpetrator moved elsewhere. He and his wife divorced. The house was sold and the remaining family moved to an apartment. The full-contact football in the front yard ended. After the accused packed up and departed, I stopped brutalizing my sister. It couldn’t happen a moment too soon. Before the end of it all, I’d nearly amputated the top of an index finger when slammed in a door. Perpetual molestation had unleashed my inner wild child.

In later years, my sister claimed that the violence had made her a more aggressive, tougher athlete on the basketball court. We both sought to normalize the damage, a typical response to the emotions that trauma produces, the ones that are out of proportion to the routine of daily life. But even now, my thoughts often return to that childhood game by which I introduced this post. It, in some ways, serves as an analogy, describing how I’ve decided to react, respond, and conduct my life in my adulthood. Self-preservation at any cost intercedes when will alone is broken and confused.

As Shakespeare so famously wrote,

How does one make adequate light of an intensely private agony? Can any punishment cut through the ironies? Our punitive measures, seeking justice, do not guarantee the end. The impulse to abuse, to injure, to maim—these are what must be confronted without the desire to bury or conceal. Remember it is a partially deformed image of ourselves that stares back at us from every defendant on trial for child abuse, sexual or otherwise.
Posted by Comrade Kevin at 9:06 AM