Our Sacred Obligations to Meeting 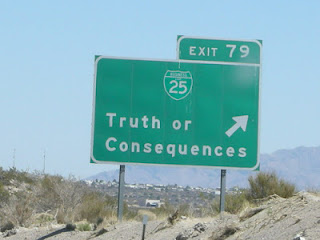 My Meeting is facing a sizable deficit in its budget. It has been previously able to rely on endowment money to take care of sizable expenses. However, as has been announced and stressed many times before, we are largely subsisting on dead peoples' contributions. We do not have the ability to rely on regular contributions from current members and consistent attenders.

The Meeting is in need of money and each of us have been informed of this by mail. We’ve been encouraged to increase our donations. Those who have never donated before have been especially targeted. One might even say that many members and attenders are free loading off of the generosity of a few.

In conversation with a Friend, the two of us discussed another option to ease our financial burden. Namely, she proposed that the Meeting should decrease its reliance on paid contractors to complete Meeting tasks. Without a called minister, one could argue that we, the congregation, are responsible for doing what must be done. Though we are a large Meeting, a self-reliant, do-it-yourself streak might do us a world of good.

In many Monthly Meetings, ours being one, a mere 20% of the congregation provides financial support and completes all needed work through committees. This leaves behind 80% who one might characterize as inert and largely not involved. Reasons why we display this glaring discrepancy are legion and varied.

I'm a member of Ministry and Worship. Every year, we put a survey before the Meeting, asking for opinions in a variety of targeted areas. The finished product compiles the answers into the Spiritual State of the Meeting report. One answer to the survey, which spoke to this matter directly, claimed that our Meeting simply contains too many overworked NGO/non-profit types. The implication was that people were too overburdened with their day jobs to take part in Meeting functions.

That may be one answer, but no one single reply of any stripe seems to summarize the entirety of the subject. The only logical step, then, was to pose the question to the Meeting itself. I asked what was preventing us from greater involvement with the Meeting and preventing us from greater giving? How do those with the best of intentions, seeking to spur participation onward, avoid sounding preachy and insistent? Money can quickly become a very contentious subject.

The matter may go to the root of what membership and/or regular attendance really is, or rather what it means to us. In many Christian churches, giving 10% of one’s earnings is considered standard. For example, while growing up, I saw my own parents write out a check and drop it in the collection plate. This was true week in and week out. They never complained about the expense. For them, a person sought to replenish what he or she received in congregational assistance and in basic community.

Within liberal unprogrammed Friends, are the assumptions very different from those of other Friends? Do we downplay our faith and status as a religious people in a Religious Society? The answers are complicated and will come from each of us in our own way. In the meantime, we must challenge long-held assumptions and dare to think very differently. We may need to ponder the services from which we all benefit and are provided free of charge. Guilt trips or waggling fingers serve no purpose. Instead, I aim to produce results.

Changes that facilitate greater involvement in the Meeting are often cause for speculation alone, never fully realized. If, for example, a wall needs to be painted, it would be cheaper for a Friend or Friends to take the initiative. Sporadically, Work Days are scheduled, but they only achieve minimal participation. It appears also that confusion comes up when no paper trail or system of accountability exists. Just because the same person has completely the same task for thirteen years doesn't mean he or she should continue in this capacity when change is needed.

Inertia is a large part of the challenge in this context. Committee service burnout becomes a self-fulfilling prophecy. The same forty people fill every opening, eventually becoming thoroughly weary and tired because of a lack of Meeting support. This leaves many more who could do an effective job in committee service, should they agree to participate. The Meeting is always in search of new blood, new ideas, and fresh legs. On occasion, new members and attenders will take leadership roles, but often they resist.

This much is indisputable. Members and regular attenders must all pitch in to make things easier. Should they not give money, they should give of themselves instead. Many Young Adult Friends, for example, are on such a tight budget that regular giving is not feasible. Yet, this should not make them feel somehow limited in what they can do. I pray everyday that, though financial offerings are not an option, YAFs will become more active in the inner workings of the Meeting.

Additional help is needed for every member of every committee and task force who works hard. As noted above, too much is laid upon too few and has been this way for a long time. And as we consider our responsibilities, where do we strike the balance in our own lives? Are we really speaking our Truth? Following leadings of the Spirit can sometimes be very challenging. Do we dare to be honest with ourselves and others?
Posted by Comrade Kevin at 8:48 AM