The Limits of Populism 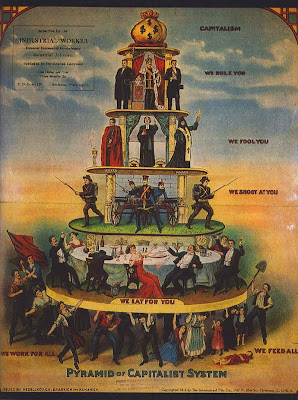 Populism as a political entity has existed in the base and in the grassroots of both major parties for well over a century. For example, at the close of the Nineteenth Century, Populism was a movement spearheaded by William Jennings Bryan and championed by those who wished to switch to a bimetallic currency system. In the 1896 Presidential Election, Jennings rode his charismatic rhetoric and advancement of silver coinage to supplement the Gold Standard into the Democratic Party's nomination. Though Bryan ultimately lost a close race, the roots of this brand of egalitarian Populism would influence liberal political discourse for years to come and, provided enough perspective, one can see its impact even now. However, the problem with Populism is that while it does champion the common person and does provide feel-good empowerment rhetoric designed as a broad call to action, populism by itself has rarely accomplished most of its broadly expansive goals. Much of its prior failings failed to take into account that the problems facing us are rarely as simple as rich versus poor or high born versus low born. Though framing the debate in these terms is always good for a round of applause and choir practice, it doesn't really provide an accurate picture of the complexities that shade and color every substantive issue.

To cite another example, in 1935, Huey P. Long, then Governor of Louisiana, later to be Senator, famously proposed his "Share Our Wealth" program as means to pull Progressive support away from President Franklin D. Roosevelt. Many of its planks, if proposed today, would draw fire from a wide variety of political corners. Three-quarters of a century after it was formulated, the same charges of radical, destructive, socialistic, and dangerous that we hear today on different matters would be voiced anew. Long's wealth redistribution program must have been what Joe the Plumber was referring to when he criticized Candidate Obama for stating that the Illinois senator was in favor of "spreading the wealth around". Joe must have been a few decades off.

No person would be allowed to accumulate a personal net worth of more than 100 to 300 times the average family fortune, which would limit personal assets to between $1.5 million and $5 million. Income taxes would be levied to ensure this. Annual capital levy taxes would be assessed on all persons with a net worth exceeding $1 million.

Education and training for all children to be equal in opportunity in all schools, colleges, universities, and other institutions for training in the professions and vocations of life.

Much of this sounds desirous and sensible to our ears even today, particularly those of us with a more Socialistic allegiance. Long floated this proposal as a way to shore up his loyal base of voters in an overwhelmingly poor, agrarian state where the disparities between the rich and poor had always been vast. What we sometimes forget in this day and age is that even the rural Southern voter once considered Socialism a potential solution in a time of great crisis. The Great Depression was a catastrophe for every American to a degree which we cannot even begin to grasp in our day. For those unfortunate enough to live through it, the Depression was a ruinous pestilence to both working men and working women alike, but especially so in the Southern states. To cite a personal example from my own life, both sets of Grandparents lost every penny of their savings and both my mother's mother and mother father's lamented to the day they died that The Depression prevented them from having the needed money to be able to go to college.

In contemplating Long's life, I can't help but hear in his proposals some of the very same things we out here in the netroots have been pushing for months. In the beginning, the Kingfish supported Franklin D. Roosevelt for President in his successful 1932 run against Herbert Hoover. The country having been mired in awful economic times for three solid years with ineffectual Federal Government leadership, the only sensible thing to do for most Americans was to vote for Roosevelt and his promised New Deal. Later, however, Long took a different track altogether.

After Roosevelt's election, Long soon broke with the new President. Aware that Roosevelt had no intention to radically redistribute the country's wealth, Long became one of the few national politicians to oppose Roosevelt's New Deal policies from the left. He considered them inadequate in the face of the escalating economic crisis. Long sometimes supported Roosevelt's programs in the Senate, saying that "[W]henever this administration has gone to the left I have voted with it, and whenever it has gone to the right I have voted against it." He opposed the National Recovery Act, calling it a sellout to big business. In 1933, he was a leader of a three-week Senate filibuster against the Glass-Steagall Banking Act.

Though it would have never been phrased in such terms at the time, Long became a darling of certain segments of the liberal base. Making Roosevelt a bitter rival and setting himself up as champion of the Left, Long was transparently positioning himself to run for President in 1936. Long never expected to beat the popular Roosevelt, but was instead intending to run as a third party challenger, hoping to siphon off enough votes from the incumbent to split the Democratic vote in two and in so doing throw the election to the Republican challenger. Long then intended to run four years later in 1940 against the seated Republican president, after, of course, having secured the Democratic nomination for himself. Before this could happen, Long was either assassinated or accidentally killed by his overzealous body guards in the middle of an assassination attempt while inside the Louisiana State Capitol in Baton Rouge. For this reason frequently discredited, highly unfounded, but nonetheless pervasive conspiracy theories still charge that FDR was somehow behind Long's assassination.

While an assassination plot is far-fetched and unlikely, what is true is that

Roosevelt considered Long a radical demagogue. The president privately said of Long that along with General Douglas MacArthur, "[H]e was one of the two most dangerous men in America."

Roosevelt later compared Long's meteoric rise in popularity to that of Adolf Hitler and Benito Mussolini. In June 1933, in an effort to undermine Long's political dominance, Roosevelt cut Long out of consultation on the distribution of federal funds or patronage in Louisiana. Roosevelt also supported a Senate inquiry into the election of Long ally John H. Overton to the Senate in 1932. The Long machine was charged with election fraud and voter intimidation; however, the inquiry came up empty, and Overton was seated.

To discredit Long and damage his support base, in 1934 Roosevelt had Long’s finances investigated by the Internal Revenue Service. Though they failed to link Long to any illegality, some of Long’s lieutenants were charged with income tax evasion, but only one had been convicted by the time of Long’s death.

The lesson to be learned from this is not that we should expect failure when we push for our concerns to be heard. Nor is the lesson that the only way to make our case is to affix it to a politician whose will use our indignation and hopes of a better way to build his/her own power base. Bryan's failure was that he didn't draw wealthier, middle class voters into his fold. Bryan was also outsmarted by eventual President William McKinley's right-hand-man, Mark Hannah, whose ease at raising millions of dollars from terrified corporations afraid of losing their economic power and genius public relations barrage of pamphlets, leaflets, posters, and stump speakers was both ahead of its time and tremendously effective. By the time Bryan's campaign realized the effectiveness of the Republican PR machine, it was too late to counteract the charges. By contrast, Long's failure was that his uncompromising attitude and unilateral style of governing brought him many enemies and frequent charges of ruling Louisiana as a de facto dictator. It should be noted that these charges hold much merit.

Some have proposed that we in the base ought to have our own well-connected mouthpiece to make sure our concerns are not being passed over or ignored in the media. Well and good, but we would be wise to do our research and investigate who ought to bear the mantle of the progressive grassroots. We would also be wise to realize that, in government, working within the existing framework is often a more successful strategy than attempting to force our way into the halls of power. Once, not all that long ago, comparatively speaking, even the South was more inclined to our party's philosophy and our point of view. Part of the switch was an inevitable shift that began the instant that Lyndon Johnson signed the Civil Rights Act. Yet, the roots of this right ward drift that is present not just in one region of our country, but in the entire country as a whole began well before that. Part of it was the fault of those who hitched their wagon to demagoguery, not realizing that they were being used for political purposes in the process. Part of it was the fact that these voters placed full trust behind a charismatic orator, not recognizing that money and power will always push back hard against direct democracy. This is our past, but it is also our present. Unless we act responsibly and with a collective purpose despite factionalism and despite needless isolating differences, it will be our future as well.
Posted by Comrade Kevin at 9:59 AM

You’re taking on an important political topic here, but so far your focus is solely on the leaders — which means you’re describing Populism in its decadence, not at the height of its power. You wrote, “at the close of the Nineteenth Century, Populism was a movement spearheaded by William Jennings Bryan and championed by those who wished to switch to a bimetallic currency system.” Well, no, Bryan was a late arrival, recruited in a rather desperate bid to infiltrate the two-party system. By that time (1896), the Populist revolt, which originated among exploited farmers in the South and Midwest, had been pretty well suppressed by Democratic fraud and violence. A Populist newspaper was published at Columbiana, Alabama (now a Republican stronghold, as you know) and was burned down by partisans of the one-party “Democracy” that ruled the South. A Populist candidate for Alabama governor, Reuben F. Kolb, was denied office by electoral fraud and replaced with ex-Confederate W.C. Oates. By the turn of the century, Populist activists who hadn’t been shot to death had either dropped out or turned to race-baiting demagoguery (vid. Tom Watson of Georgia). Men like Bryan, Watson, and “Pitchfork Ben” Tillman of South Carolina were pseudo-Populists who sopped up what was left of the movement to fuel their own rise to political celebrity. Voters placed high hopes in these men, but once they gained power (if they did) as Democrats, they sold out their constituents in the usual manner.

Laurence Goodwyn is the most noted historian of Populism. You can sample his book The Populist Moment here. The intro happens to be one of the best pieces I’ve ever read on how to succeed at democratic mass movement building.

The "share the wealth" proposals all make perfect sense to me.