The Instructive Nature of Pain 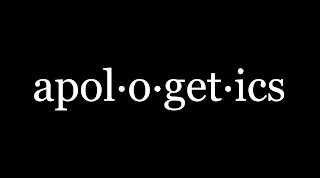 The past election proved to the American people that, as a nation, we are not yet post-racial. But arguably it did show that we may have, confirming years of predictions, finally become a post-Christian, secular society. When cultural conservatives and the Religious Right will take a wild gamble by backing perhaps the least moral presidential candidate ever, the lessons learned go well beyond base hypocrisy and voting out of fear rather than true devotion to a higher law. Human-made notions of race, class, and the always worrisome matter of money were a higher priority to many voters than the primacy of religion.

Now the Democratic Party wanders about in the desert like the Israelites of yore, seeking its true north. The Old Testament is full of tribes and societies who lost their path completely, deviated from belief in God, and pursued false idols instead. Granted our freedom by a loving, not punitive deity, we have as much right to act in ways that are harmful as they are healthy. Beyond superficial notions of winner and loser, one observes no clear direction for this country. Eight years ago, our cups runneth over with expectations. Now we pray for the least destructive course of action to follow.

The Enlightenment provided us an abiding belief in rationalism, that provided enough scrutiny and scientific precision, there was little the human mind could not discover. But by its conclusion it also kindled an extremely influential movement in thought and religious observance known as the Great Awakening. Its first period ran astride several concurrent philosophical and secular revolutions, most famously giving rise to the influential New England sect known as the Puritans, whose legacy we will celebrate in part when the annual Thanksgiving holiday is observed next week. The second Great Awakening of the late 18th and early 19th centuries gave us Latter-Day Saints (Mormons), Shakers, Seventh-Day Adventists, and many other professedly Christian denominations.

The context is now set before us. How then should we view the current day? I’ve learned the hard way in discussion with liberals and progressives that forming my arguments from a defensive posture is often the best tact. Using logic and specific, clear-cut examples isn’t merely an effective strategy for the debate team or academic discourse. It changes the dynamics of an argument. Done well, even skeptics have to concede that the opposition has a valid point to make.

Looking backwards into our past no more than fifty or sixty years ago, Americans regularly used biblical allusions in modern day speech. We had a strong cultural familiarity with Scripture, one that has faded a little with the passage of time, but is still strong enough to be revived, much like Lazarus. Apologetics is defined as a branch of theology concerned with the defense or proof of Christianity. I’ve adopted the technique myself to speak to many who fear the worst about the faith, to show that there is great good in belief and much helpful in times of turbulence.

Though I never identified myself as an atheist, I spent many years as an agnostic and most assuredly as a severe critic of Christianity in any form. I suppose in part I am wrestling here with my old self, the way I used to be. The ongoing debate exists foremost within myself and to some extent it always will. Still, I am far from unusual. This perpetual back and forth exists within the heart of everyone who cast a ballot or stated a strong opinion one way or another, if we are to be truly honest with each other. Every few years we are asked whether we need a course correction or should keep steady. Perception is reality. Objective fact can be difficult to discern.

One of the teachings of Jesus is known as the Parable of the Shrewd Manager. A corrupt and deliberately dishonest manager of money was caught red handed in the act. Charges were brought against him. His employer called him to account for his misdoings, intending to fire him on the spot. Realizing he was in a tight spot, the shrewd manager worked out crooked deals with the customers of his boss, carving out for himself a soft place to land. Deep discounts were worked out immediately, reducing payments and debts.

As the story concludes, a few verses of one translation in particular capture the essence of this pertinent parable.

The rich man [employer] had to admire the dishonest rascal for being so shrewd. And it is true that the children of this world are more shrewd in dealing with the world around them than are the children of the light. If you are faithful in little things, you will be faithful in large ones. But if you are dishonest in little things, you won't be honest with greater responsibilities. So if you have not been trustworthy in handling worldly wealth, who will trust you with true riches? And if you have not been trustworthy with someone else's property, who will give you property of your own?

Both of these examples prove that religious identification and proficiency with theology is no longer a strict litmus test for major candidates. The election of Trump shows that ideological persuasion speaks more loudly than almost anything else. Religious or not religious at all, millions of us voted for self-interest first and foremost. In theory, Christianity is a religion that encourages us to think beyond ourselves and our own narrow concerns.

Judaeo-Christian values would have us believe that adversity and pain are necessary means of humility, guarding against hubris. The Old Testament book of Ecclesiastes teaches that loss and injustice are inevitable.

What is happening now has happened before, and what will happen in the future has happened before, because God makes the same things happen over and over again. I also noticed that under the sun there is evil in the courtroom. Yes, even the courts of law are corrupt! I said to myself, "In due season God will judge everyone, both good and bad, for all their deeds. I also thought about the human condition--how God proves to people that they are like animals.”


We will die as a civilization when we stop believing that change is possible. Even those who voted against their own interests yet again wanted to believe that their lives could improve. A desperately frustrated electorate chose a radical candidate, a move that was as audacious as it was reckless. But neither should it surprise us. In centuries prior to the current day, before the advent of democratic elections, many backed bad kings and emperors to the bitter end.

Any study of history shows that a confluence of events, some intentional, many not, shape the success or failure of any regime. This shouldn’t mean that we ought to be passive observers of what events will unfold in front of us, but it does mean that we, collectively as Americans, have far less control over the future than we may even recognize.
Posted by Comrade Kevin at 10:39 AM