Be Cautious with Revolutions 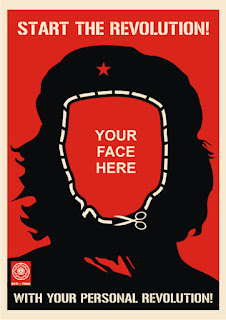 Written for a Quaker audience.

A study of the past shows that times of great societal reform often come only from armed combat. This is a disquieting thought to those who espouse non-violence and peaceful reconciliation. The English Civil War led directly to the formation of the Religious Society of Friends. The Puritan Revolution, it is sometimes termed, was a grand and dramatic epoch where, as the saying goes, the very world turned upside down. A nation with a long tradition of separated powers, espoused by the Magna Carta in 1215, rejected monarchy and committed regicide. It even tolerated a few crucial years of Cromwellian military dictatorship. Though we oppose wars, we must admit the irony that war led to our formation.


In American history, the Civil War nullified slavery. A series of desperate compromises delayed the inevitable for decades. Even though black citizens were not yet granted full civil rights in practice, it took the death of hundreds of thousands on the battlefield to establish full abolition. Prior to that point, completely doing away with slavery had been a minority view. It was a view shared only by around a third of the country's population. Most Americans in the North wanted to restrict the spread of the peculiar institution or to relocate slaves elsewhere, but they weren't ready to go any farther than that. Some historians think that slavery would have eventually died out on its own, but others aren’t quite so sure.

Wars are destructive to human life and property, but they are also enormously profitable to a fortunate few. The profit is not always measured in monetary value. Wars create mass suffering. However, to the leaders who seek to define the conflict on their own terms, they retain a terrible but yet redeemable quality in spite of the horrors they produce. This was Abraham Lincoln’s view shortly before the American Civil War ended. God willed it, Lincoln believed, and the brutality of involuntary servitude was payment in blood for mangled corpses and mass funerals. An eye for an eye, a tooth for a tooth.

Most people are consumed with fantasies of retributive justice at the beginning of a war. But as time progresses, soldiers die en masse, grief and pain permeate to every corner, and a growing majority of people eventually want an endgame. To delve back further into the historical record, the Crusades were initially a success for the Western Europeans who stormed the Holy Land, but they found quickly that serving as an occupying force grew tedious. The brave fantasy gave way to the monotony of guard duty. Eventually the cursed Muslim hordes recaptured what had been lost, resulting in the need for another Crusade, and another following it, and still another.

Recently, I’ve heard calls for revolution coming from all corners. Even when they are short on specifics, the idea itself sounds thrilling enough to our ears. If you believe the grandiose rhetoric, it will take nothing less than superhuman, bold efforts to save us from ourselves. The problem with genuine revolutions, of course, is that they are impossible to predict and hard to contain once they have started. The American Revolution was a highly conservative one compared to the radical excess of the French Revolution that took place only a few years later. Each could have easily gone in different directions.

Once the bonfire is lit, what happens next is often completely out of our hands. As religious pacifists, we know this intrinsically; we proceed with caution and tread lightly. Not everyone responds to war with hungry fervor. Some of us take entrenched positions outside the fighting, embracing pacifism even more. The bloody Civil War battle of Antietam occurred on the site of a Dunker church. The Dunkers were a German pacifist sect with whom Quakers share an ancestor, the Anabaptists.

If we, as Friends, find war offensive in any form, then we must accept incremental change. Incremental change insists upon unsexy constructs like diplomacy, carrots and sticks, and other methods of working from within the system. Revolution often destroys from the outside in, and like a swiftly progressing wildfire, the bonfire quickly blazes too hot. For example, in the modern day, the revolution in Syria is only superficially like the one in Tunisia, or the one in Iraq.

Be careful what you wish for, Friends, as you may well get it. No messiah from the outside will give us eternal life or eternal closure. The only real messiah died a criminal’s death on a cross, not swept into power by an adoring mob. Those who cheer you on Sunday may turn against you in a matter of a few days. In a leaderless faith, we are not absolved of responsibility. We deserve the lots we have cast. God help us.
Posted by Comrade Kevin at 1:13 PM