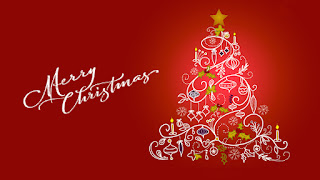 I'm slowly easing back into regular posting. I'll be silent once again starting Wednesday, in observance of Christmas and New Year's. Like so many of us long-suffering writers, I've had to balance the work I do for free with the work I do for pay. Anyone who has blogged as long as I have (ten years, really?) has no shortage of free work, which I have done to further my publication name, even as I receive no financial compensation for my time and effort.

That said, I'm about to start a job where I will blog for pay. Unlike this forum, I don't choose the topics and the company I work for has primary rights to my content. It won't be featured here. Writers need good editors and editors need good writers, but the two are often mutually exclusive. I'm not blunt enough to poke holes through someone's baby but others most assuredly are.

Writing is a discipline that attracts many dilettantes and those who feel that it is somehow easy. In fact, writing is an intense challenge, and it requires hours of effort and lots of time devoted to revision. Like figure skating, it seems effortless when performed live, but this disguises the diligent work ethic that separates the average from the exceptional.

The internet has been my salvation and simultaneously the bane of my existence. It has forced me into narrower and narrower interest groups and the isolating esoteria of those spaces. I'm not feeling particularly religious or spiritual at the moment, nor do I feel it my current place to be Jimmy Carter to the liberal unwashed masses. I am nominally the man who gets it among feminists who are my contemporaries. Once I believed I was a voice in the wilderness, now I see how similar I am to others and how we have jumped aboard the same bandwagon and talking points simultaneously.

I continue to push myself off of my haunches as long as I have strength in my body. Young enough to be restless and unsatisfied, I'm growing into middle age slowly and steadily. I've been living in DC eight years now and am contemplating a lifetime in the nation's capital. Already I've seen great changes and I expect to see more. Every time I return home to Alabama I count the buildings that have changed owners and the vast new construction projects underway. Someone is making money, but it's not me or anyone that I know.

Christmas meant more to me when I was a child and I suppose that's true for most of us. If I had children of my own, I might be able to get a contact high from their enthusiasm. I paradoxically want my entire family around me at holidays. Since when did I become a believer in nostalgia and cease being the gritty realist? I'll make sure it won't happen again. I am on one coast, sister number one is on the other, and sister number two will never leave the South.

We're a pretty normal family that way. The teenage chip on my shoulder has departed. Fish and visitors still stink in three days, but can be forgiven under the circumstances. And even with the petty bickering that consumed whole years of my life, I wouldn't have it otherwise. I wish the best to you and your family, or the family you have adopted for your very own. The holidays can be a dose of depression to those without or with the huge silent tension that becomes open conflict.

May you get what you want, but be able to separate the genuinely helpful from the momentarily distracting. Merry Christmas. We're going to need it. 2016 is an election year.
Posted by Comrade Kevin at 9:53 AM