Cynthia Lennon: How We View Our Heroes 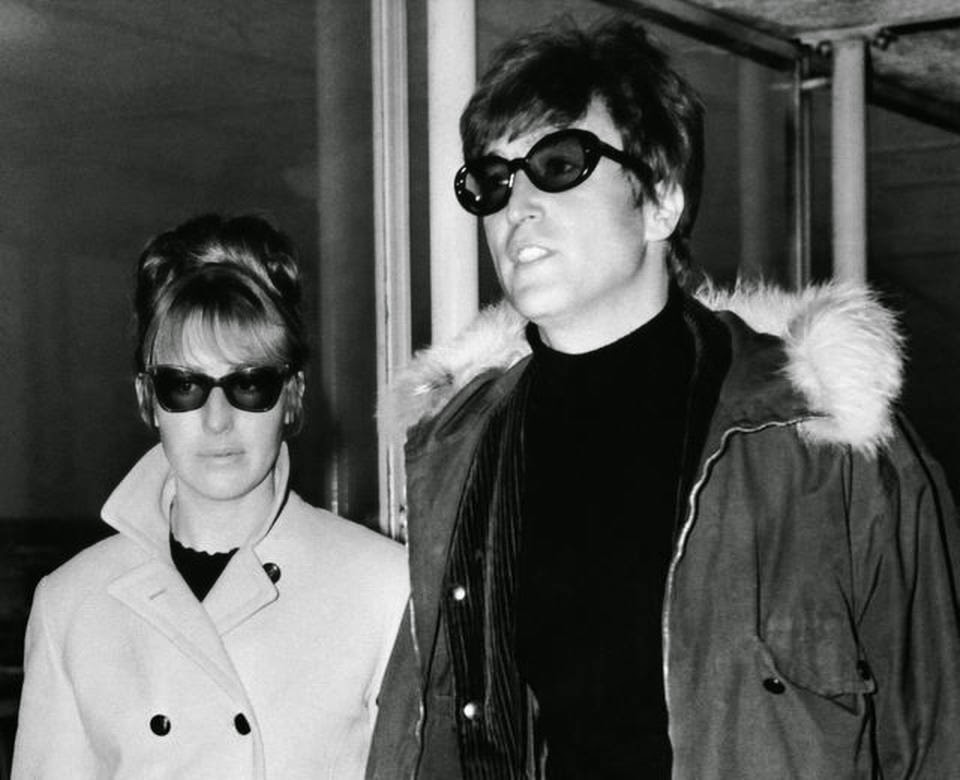 Cynthia Powell, better known by her married name of Cynthia Lennon, passed away yesterday from a swift bout of cancer. She was seventy-five years old. Powell was Beatle and rock 'n roll legend John Lennon's first wife. Shy and self-conscious, Cynthia always clung to the background and never wanted an active role in the limelight. In some ways, unfortunately, she was a bit of a doormmat, rarely inclined to stand up for herself or assert her own rights.

Much went unsaid about her side of the story until a tell-all biography detailing Cynthia's star-struck life with John Lennon was released ten years ago. It was published under the title of John and finally told her own account, demystifying a few Beatle legends along the way. It was Cynthia's assertion that John was too much like the controlling, manipulative Aunt Mimi who raised him, nurturing his worst impulses in the process, and may have indirectly set him on a collision course towards pursuing a relationship with Yoko Ono.

In her account, Cynthia relates numerous instances of emotional abuse, neglect, and on one occasion, outright physical abuse she received at his hands. Too much of a passive soul to complain, she ignored everything that happened, politely coming along for the ride when The Beatles reached massive popularity. All the while she ignored numerous marital infidelities and John's total indifference to her towards the end of her marriage. Her words tainted the legacy and the life of a man who profoundly inspired millions of fans, but they were not enough to require a reevaluation of his character. This is not unusual.

John Lennon is guilty of emotional abuse and cruelty at minimum, and of domestic battery for throwing a punch at her during the early days of their relationship. Though she claims it only happened one time, his behavior is a literal black eye on the legacy of John Lennon, a man who forever pushed the envelope, courting controversy and fame with equal measure. I find myself conflicted, a child who combed through his mother's Beatles LPs, which served as the soundtrack for my childhood.

To this day, we continue to wonder how to view the legacy of stars whose personal lives and failings negate the positive impressions we have of them and their work. I'll let others talk about Bill Cosby or Woody Allen or Roman Polanski because those offenses are slightly different in nature, but no less reprehensible. I will never say that anyone, musical genius or not, has a right to a free pass.
But there is much here that reeks of hypocrisy. If anything, John's behavior towards Cynthia negates the peace activism he adopted conspicuously with Yoko Ono in the years following his divorce. To his credit, John did take back some of the misogynistic things he'd said in earlier life, but his deeds, in my opinion, never went far enough.

John and Cynthia were a couple of convenience from the outset. A few years into their relationship, she found herself pregnant. The two of them did what was the respectable thing to do in those days, under those circumstances, which was to get married. Cynthia, in time, gave birth to Julian, named after John's mother Julia, but one gets the feeling John was an absentee father at best, an impatient scold at worst. Mother and son remained close until the end, father and son remained distant until John's murder in 1980.

We will need to take stock of more of these tragic circumstances and the real, truthful past that came before them. As much as we don't like to think of it, there will be a time where there are no more Beatles left. We can continue to further the legend, and, rest assured, there will always be many who want to continue the fanciful legacy that has become a mythology of a sort. But if we do this, we whitewash the humanity.

We fail to understand that even those who entertain us are capable of doing terrible things on occasion. The two parties involved here are now no longer with us. We have no more first-hand accounts. But as everyone involved grows older, more of the truth becomes evident. It may do us well to dig deeper, to question our own contemporary heroes more, not in a way of trying to dig for dirt, but to view them as they are.
Posted by Comrade Kevin at 10:47 AM